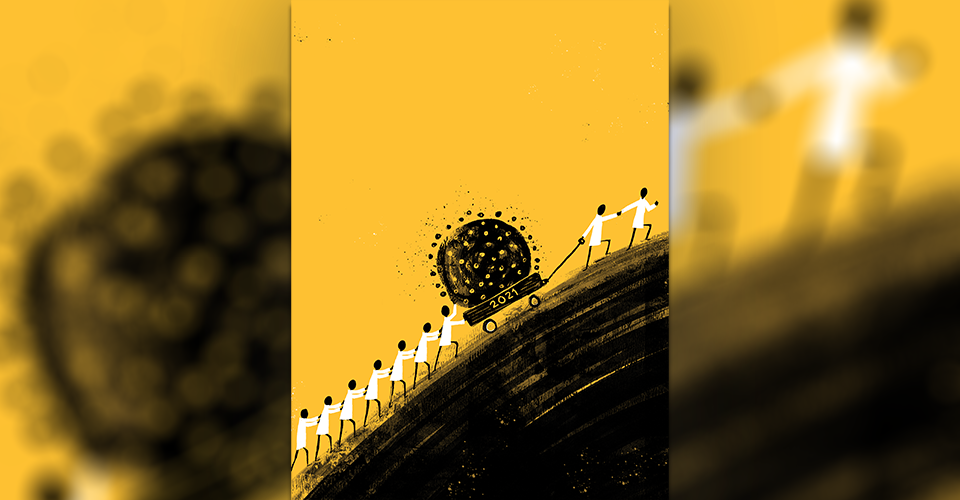 Three “Best in Ohio” awards and four additional awards will be presented to Ignite, NEOMED’s human interest magazine, at the Press Club of Cleveland’s All Ohio Excellence in Journalism awards dinner Friday, June 10, in Cleveland.

For its annual statewide contest, the Press Club recognizes excellence within media categories – for example, newspapers, radio stations or trade publications such as Ignite – as well as across categories, in the Best in Ohio designation.

Since its redesign in 2016, Ignite has won 61 awards in state, regional and international contests. The Fall 2021 cover by Dave Szalay (an art professor at NEOMED partner school University of Akron) illustrated the continued challenges of COVID-19 in the year 2021. A profile of Mary Massie-Story, M.D., by Elaine Guregian (editor and director of publications in the Office of Marketing and Communications) detailed the challenges that this NEOMED faculty member has faced in gaining acceptance as a Black female physician.