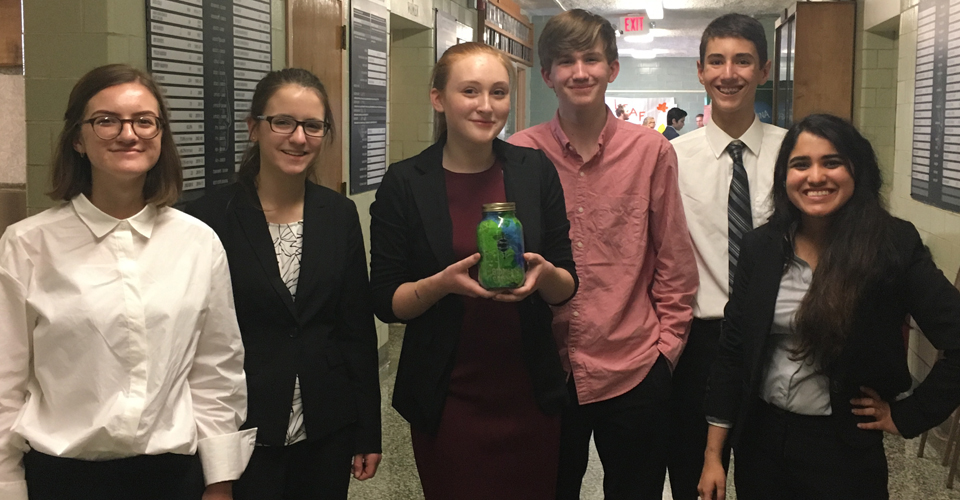 Students on the new speech and debate team at Bio-Med Science Academy have a built-in bonus: student coaches from NEOMED. The team was started by Nikhil Nadler, a second-year College of Medicine student. Nadler participated in speech and debate throughout his high school career and coached for a local high school team while an undergraduate at Kent State University. When he started at NEOMED, he said, “I felt like a little part of me was missing because I didn’t have speech and debate in my life anymore.”

Nadler heard that Bio-Med did not have a team, so he went to NEOMED and Bio-Med administrators (also speech and debate alumni) to ask if he could change that. They approved Nadler’s idea of having NEOMED College of Pharmacy and College of Medicine students mentor the Academy’s team.

The NEOMED student coaches meet with the Bio-Med students for an hour or two each week, starting in February. Because they all competed in speech and debate in their high school days, they know how to help their Bio-Med students to prepare.

The team competed for the first time Oct. 21 at a Northeast Ohio high school. Two students from the STEM school placed within the top five of their categories. Eryka Lund, junior, placed fourth in dramatic interpretation and Neha Shah, senior, placed second in the international extemporaneous category.

Lund and Shah are already seeing the use of the skills they are learning through speech and debate, which promotes confident and calm public speaking. Lund said, “I'm learning how to better accept failure and criticism in a way that helps improve what I'm doing—and also how to behave in a professional setting.”

Bio-Med students and coaches alike put tremendous time and effort into their first competition. Nadler said, “I have a little bit of time to give, so why not give it to something that holds a special place in my heart?”