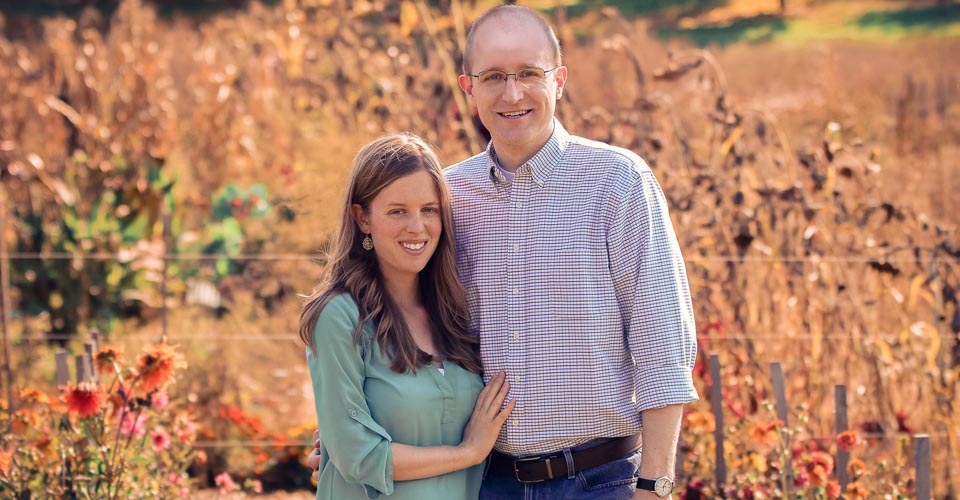 What started with an invitation to the Salem High School junior prom turned into a lasting relationship for Liz and Austin Fredrickson (shown in photo above) —both with each other and with their alma mater, NEOMED.

The couple attended high school and Youngstown State University together. Austin enrolled in the BS/MD program while Liz entered into pre-pharmacy; then both matriculated to NEOMED in 2010. Austin and Liz married the summer between their first and second year of medical school.

After graduating in 2014, when both Austin and Liz were voted by their classmates to give an address at their respective college award dinners prior to Commencement, they began their careers in medicine and pharmacy. Both completed residencies locally—Austin in Internal Medicine at Summa Health, and Liz at St. Elizabeth Youngstown Hospital.

Four years after graduation, both of the Fredricksons have found their way back to NEOMED. Austin and Liz teach and advise student interest groups in their respective colleges.

The couple agrees that even though they had been working together since middle school, it was especially rewarding to team up interprofessionally throughout their NEOMED years and now as faculty.

With seven years of marriage, a son and twins on the way, NEOMED will always hold a special place in the Fredricksons’ hearts as the place where love bloomed.