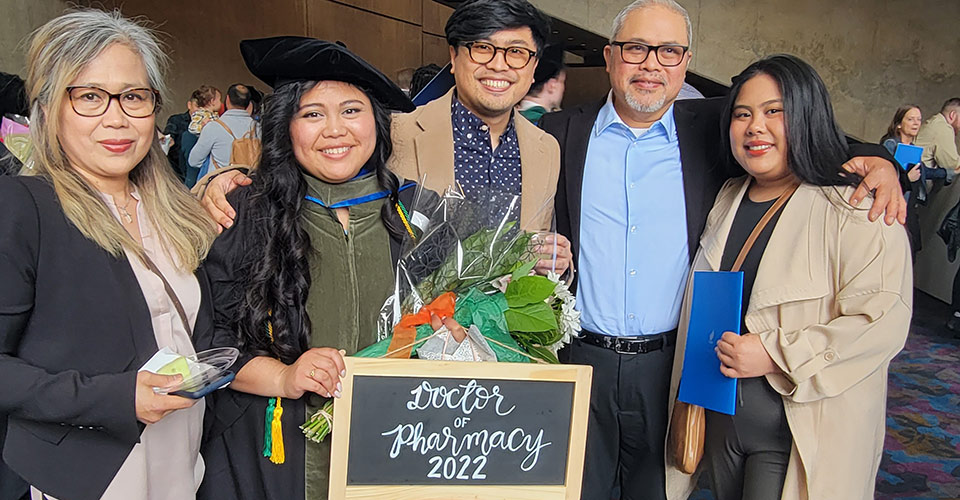 Cheers to the Graduates of NEOMED Commencement 2022! Congratulations to the new graduates!

Saturday, May 7, proud family members and friends filled E.J. Thomas Performing Arts Hall on the University of Akron campus to cheer on the 264 graduates — four of whom who had earned dual degrees. After two years of virtual events, due to COVID-19, NEOMED was once again able to hold a live event to celebrate its newest group of transformational leaders.

The College of Medicine awarded 143 degrees, including one to the first graduate of its Accelerated Family Medicine Track. The College of Pharmacy conferred 88 degrees, while the College of Graduate Studies conferred 37 degrees (including four dual degrees) and eight certificates. The College of Medicine Gonfalonian (ranked academically first in the class), William Downing, M.D., was also named Class Speaker and honored with the Excellence in Pediatrics Award and the Ideal Physician Award, along with membership in the Alpha Omega Alpha and Virtuous Healer honor societies.

Representing the College of Pharmacy was Maria Ganios, Pharm.D., who held the distinction of being both Gonfalonian (first in her class) and a member of the Rho Chi honor society.

While the College of Medicine and College of Pharmacy select their top student, respectively, to carry their flags (gonfalons), the College of Graduate Studies selects a faculty member for the honor, because it has multiple programs. This year, S. Scott Wisneski, Pharm.D., program director, Health System Pharmacy Administration and associate professor, Department of Pharmacy Practice, was chosen for the honor.

Grand Marshal for the day was Patrick J. Gallegos, Pharm. D., associate professor of the Department of Pharmacy Practice.