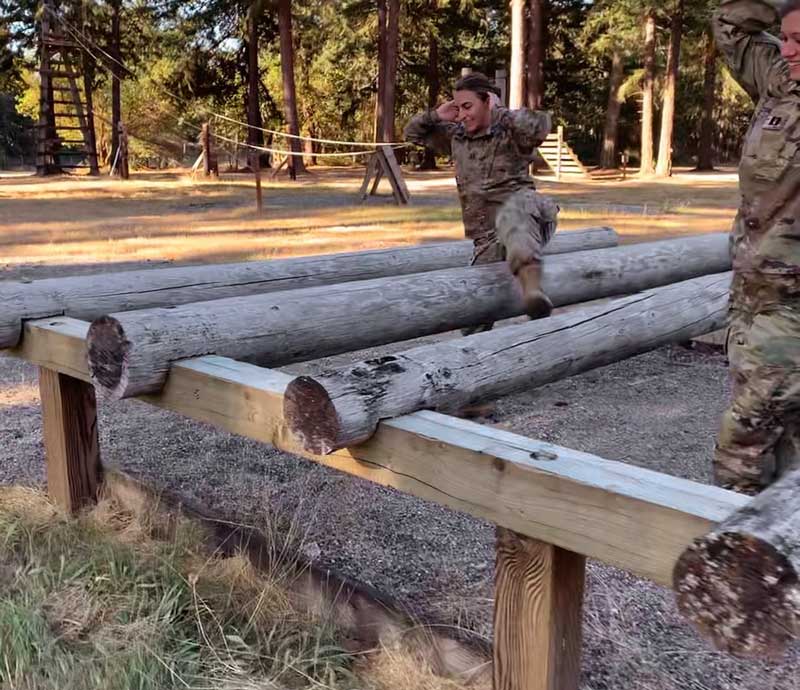 When the U.S. Army searched its ranks for leaders of character to feature in a new marketing campaign, their search led them to a NEOMED alumna.

Captain Devin Walther, M.D. (’19), is among the 35 soldiers featured in the Army’s “Decide to Lead” campaign, which is built on the message that leadership is a choice and that beginning that transformation starts with the decision to lead. 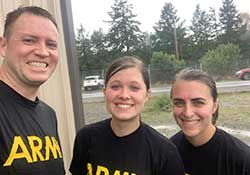 "The soldiers featured in this campaign are a mirror of who we are and what we aspire to be – leaders of character and servants of our great American public," said Maj. Gen. Johnny Davis, Commanding General of United States Army Cadet Command and Fort Knox, in a press release announcing the campaign.

She is enjoying their home in the Tacoma, Washington, area, “We have mountains in our backyard!” she notes. The couple are active in the local community, including volunteering with Cadence International, a military ministry.

What does leadership mean to her? “Leadership means inspiring others to do the best they can. I believe in leading from the front, in being a strong member of the team.”

At NEOMED, Captain Walther was active with student organizations, including a leadership position in a Student Conduct Council.

“Every part of my education has been instrumental in creating who I am,” she says. “My Army training has compounded on that.”

Over the next couple months, the "Decide to Lead" campaign will reach nationwide audiences online across social, community and entertainment platforms, including Reddit, YouTube, Spotify, Pandora and Google, as well as through GoArmy social media channels, GoArmy.com, and a range of other promotional assets such as print advertisements, posters and billboards.