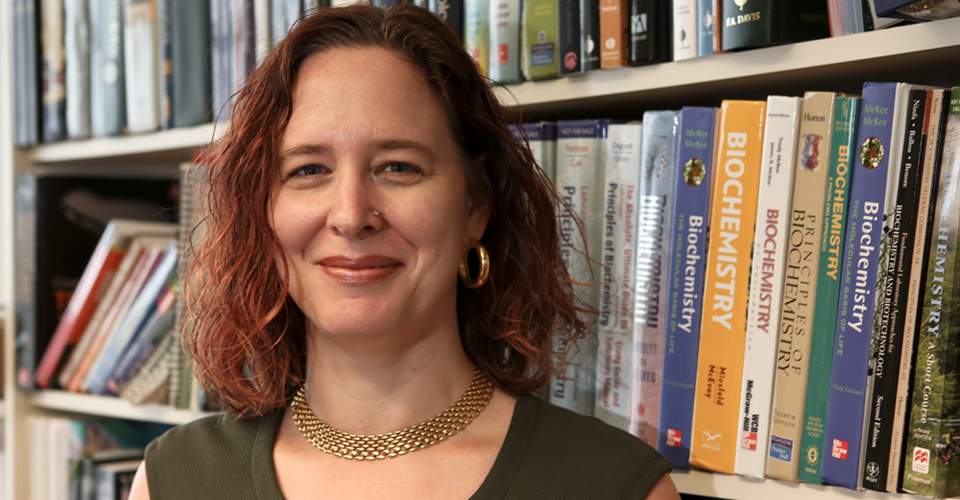 From the Farm to the Lab

Growing up as an eighth-generation farmer, Vanessa Fitsanakis, Ph.D., vice chair of pharmaceutical sciences and associate professor of pharmaceutical sciences at Northeast Ohio Medical University, developed an interest in pesticides early on. Long before she found herself in research labs, Dr. Fitsanakis learned to tend the cattle and tobacco crops blanketing the acreage of her family’s Bristol, Tennessee homestead—land that was granted to her ancestors during the Revolutionary War.

Until heading off to graduate school at the University of Edinburgh in Scotland for a master of science degree, Dr. Fitsanakis had never strayed too far from home. For her undergraduate degree, Dr. Fitsanakis attended Milligan College, a small liberal arts school in Northeast Tennessee that was far enough away for her to spread her wings, yet close enough that she could still lend a hand with her family’s cattle and tobacco crops. Shortly after returning from Scotland, Dr. Fitsanakis found her way back to Tennessee, except this time nearly five hours away from home, at Vanderbilt University in Nashville, where she earned a Ph.D.

Dr. Fitsanakis encountered plenty of worms and other creatures during her days on the farm, but the organisms she studies these days aren’t the average earthworms that miraculously appear when it rains. Measuring in at nearly two millimeters in length, Dr. Fitsanakis studies neurodegeneration in Caenorhabditis elegans (more commonly known as C. elegans). Although C. elegans only have 302 neurons, compared to the billions found in humans, these transparent worms are perfect for Dr. Fitsanakis’ studies. Because of their transparent nature, Dr. Fitsanakis is able to tag specific proteins or neurons, in the C. elegans and then see a fluorescent outline associated with each tagged protein under the microscope.

Dr. Fitsanakis was recently awarded $468,000 from the National Institute of Environmental Health Sciences/National Institutes of Health (NIH) to support her new research on the potential link between a person’s genetic background and exposure to widely used pesticides, like Roundup and Manzate, in the United States.

Dr. Fitsanakis works with fungicides (chemical compounds used to kill fungi) and herbicides (better known as weed killers), both of which fall under the general definition of “pesticide,” something that kills a pest. Do Roundup or Touchdown come to mind? These herbicides are very similar products made by different companies—like Coca-Cola and Pepsi, Dr. Fitsanakis explains. “It’s important to note, when toxicologists refer to a person exposed to pesticides, we don’t mean someone who sprays their weeds a couple times a year with Roundup. We’re talking about people who work in the agricultural and pesticide industries—people who are exposed to it on a very regular basis,” says Dr. Fitsanakis.

Her project titled “Gene-Environment Interactions in Neurodegenerative Disease,” a hot topic in public health, takes a closer look at determining if individuals with gene mutations linked to neurodegenerative diseases are more susceptible to neuronal death or toxicity (the ability of a compound to make cells “sick”).

With her research, Dr. Fitsanakis hopes to inform others about the causes of neuronal death and provide details that may improve therapies that treat and prevent neurodegenerative disease.

In her own way of giving back, Dr. Fitsanakis often travels to local community organizations to discuss her research and always reminds members of the importance of personal protective equipment when using pesticides. She may not spend her days on the farm any longer, but Dr. Fitsanakis still has a way of looking out for her own.