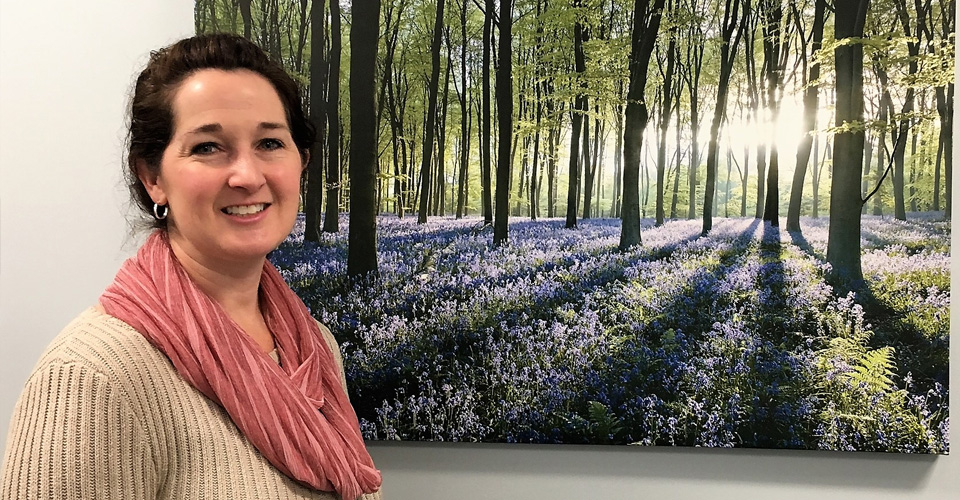 Get to Know Billie Sirn

Billie Sirn, M.Ed., had worked with students as a study abroad advisor, financial aid counselor and workshop coordinator for 18 years on staff at Miami University. It was when she experienced a suicide on Miami’s campus and began coordinating a Youth Mental Health First Aid workshop that she began wanting to become involved with mental health as well.

“Working on the Youth Mental Health First Aid workshop prepared me for my position at NEOMED,” said Sirn, who earned a bachelor’s in family studies and a master’s in educational psychology from Miami. “Now I am in a field I never thought I would be in.”

In January, the Oxford, Ohio native and mother of two came on board at NEOMED to assist Amy Lukes, MSSA, LISW-S, NEOMED’s director of campus mental health initiatives. Sirn is a dissemination coordinator for the Ohio Program for Campus Safety and Mental Health (OPCSMH). In this role, she coordinates a grant from the OPCSMH through which NEOMED provides outreach services to help institutions of higher education meet the mandates of House Bill 28— legislation requiring the creation of suicide prevention programs on college campuses.

Universities and colleges can apply to NEOMED for a grant funded by the Hudson-based Margaret Clark Morgan Foundation—whose initial $5 million donation established NEOMED’s Best Practices in Schizophrenia Treatment (BeST) Center in 2009—to add suicide prevention initiatives to their campus mental health programs. Sirn meets with each stakeholder to discuss the program idea and define the scope of work.

Sirn’s first order of business is to coordinate the OPCSMH “Creating a Culture of Care” conference May 23 from 8:30 a.m. to 4 p.m. at the Quest Conference Center in Columbus. The event features keynote speaker Doris Iarovici, M.D., an acclaimed author and psychiatrist at Harvard University, with opening remarks from Ohio House of Representatives 6th District Marlene Anielski, who authored HB 28.

At NEOMED, Sirn brings the perspective of a concerned parent who seeks to help both traditional and non-traditional students. As she puts it, “I want to be a knowledgeable resource who is helpful and will go the extra mile to get students through tough times.”