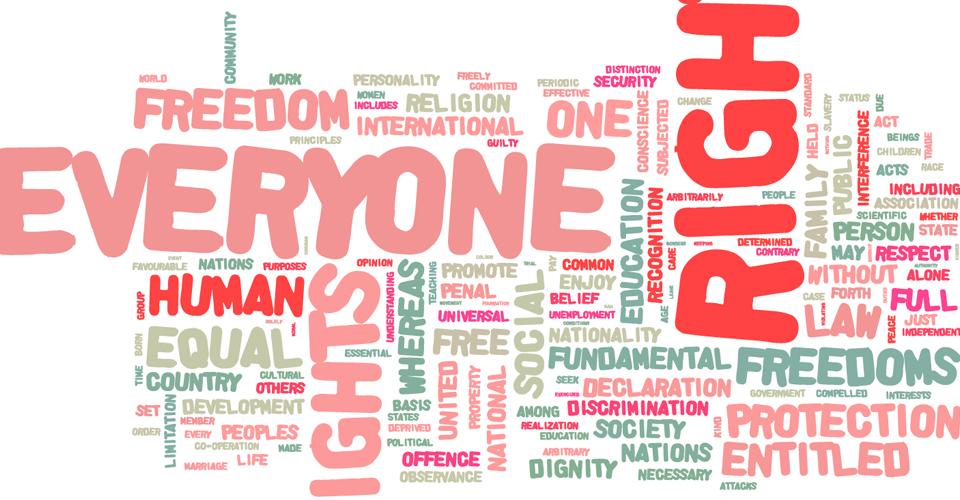 Get to Know: Physicians for Human Rights, NEOMED Chapter

Imagine going to a dinner where everyone except you was allowed to take as much food as they wanted. Now imagine that same scenario, not as a special event but a daily life struggle.

The NEOMED student chapter of the national Physicians for Human Rights (PHR) organization recently held a hunger banquet to bring this concept to life. At the banquet, each attendee was assigned to a country. To show the difference in the quantity and quality of food available in countries or regions around the world, some attendees (countries) were limited in the amount and variety of food they could serve themselves from the buffet.

“It feels kind of uncomfortable to not have anything to eat when people have food around me already, so I can only imagine what a daily lack of food would be like,’’ Bertea says, adding, “It's far too easy to forget that food is a hard-to-acquire resource in many parts of the world, including places in the U.S., when I can walk across the street to a grocery store.”

The Relevance of PHR to Health Careers

PHR describes itself by saying, “Since 1986, Physicians for Human Rights (PHR) has used medicine and science to document and call attention to mass atrocities and severe human rights violations. PHR was founded on the idea that physicians, scientists, and other health professionals possess unique skills that lend significant credibility to the investigation and documentation of human rights abuses.”

More than 30 students belong to the NEOMED chapter of PHR. To advance the group’s mission of promoting human rights for all, NEOMED members work to raise awareness of national and international health problems. In addition to inviting speakers to NEOMED, the group took a medical aid trip to Mexico last year and held the hunger banquet to raise student awareness.

As NEOMED student members promote human rights to the rest of the campus, they expand their own knowledge of ethics and disparities. Discovering whether patients have daily access to food, for example, could be useful in developing personalized approaches to their care.

“I'm going to carry with me an awareness of the variety of situations patients experience,” says Bertea. “It will help me understand how patients end up where they are, and what kinds of issues may be relevant to me when I become a physician.”