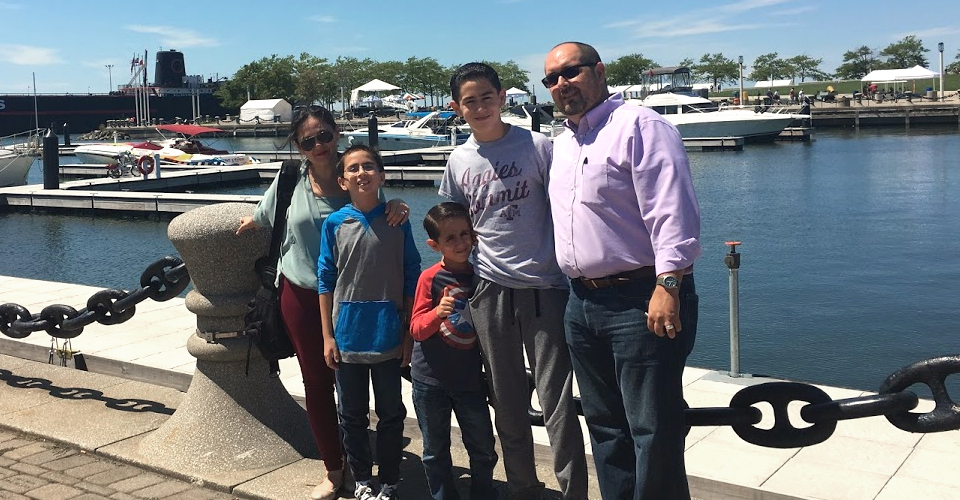 Get to Know Victor Torres

Victor Torres, the recently appointed director of global engagement at NEOMED, knows firsthand what it’s like to be new in town. Frequent moves in and out of the country as a child and a recent relocation from Texas to Ohio give him unique insights. In his new role, he works to establish relationships, for example, with Anhui Medical University in China, to promote cultural exchange and experiential learning for NEOMED students.

We sat down with him to learn about his new role on campus.

You have lived in Mexico, South Texas and now Ohio. What’s different about living in Ohio?

When I came here, I was looking for a grocery store and someone told me I needed to go to Giant Eagle. I said, what is that? We don’t have Giant Eagle in South Texas. My first thought was a big, giant bird, not a grocery store. Even speaking the same language, you can get lost in translation. Now imagine if English is not your first language.

You’re very aware of the power of language. Why?

My family is Hispanic; I am Hispanic. Although I was born here in the United States, my parents are Mexican and my family’s first language is Spanish. My wife, Rossana, was born in Mexico City and taught English as second language. Her mother, who lives with us and our three boys, does not speak English. For many people who speak Spanish as their first language, their English is sufficient, but it’s hard for them to understand everything when it comes to health care. There is a growing population of people from different countries living in Northeast Ohio who would benefit greatly from health care providers who speak their language and know their customs.

What were some of the early experiences that shaped you, in terms of understanding what it’s like to live in an unfamiliar culture?

My father was a diplomat and we moved around constantly. We lived here in the United States for a while after I was born and then we moved to Guatemala, Panama and Mexico. There was always this sense that I was from somewhere else. Growing up, it was very difficult to find that sense of belonging to a country because at home, I would be schooled in Mexican traditions and customs, but at school I would learn the appropriate customs for where I lived. I worked with migrant communities earlier in my career, and I saw firsthand the many challenges that they face.

What are you working on now, to help NEOMED become more international?

Leadership at NEOMED is very excited that the University is one of 10 colleges or universities selected to participate in planning with the American Council on Education (ACE) Internationalization Laboratory.

We’ll be talking with other similar institutions around the country about the best ways to bring people from other countries over for short- and long-term research stays to enrich our own research. We’ll also discuss how to give our students the best opportunities to gain cultural experiences in other countries.

The representative from the Internationalization Lab who is working with us asked everyone on the committee what it’s like here at NEOMED. She was struck by how many people talked about our emphasis on community. It’s unusually strong here. We already have a foot in the door. The next step is to diversify our communities here at NEOMED and build cultural competence throughout the institution. We want to produce students who are citizens of the world.

One great opportunity here at NEOMED is to create a medical Spanish or Chinese program that would allow students to take classes here and abroad. These two languages are the first- and second- most spoken languages, and we have the need in the Northeast Ohio area for people to speak both of them, in addition to English.

You have lived in several countries and you like to cook. What’s a favorite ingredient that helps a dish taste like home?

There’s a certain kind of Mexican cream—not sour cream, not whipping cream—that is used a lot. If you add a couple of tablespoons to scrambled eggs, they fluff right up. I had really been missing it, but I recently discovered a Mexican grocery store that carries it. I'm a happy man.