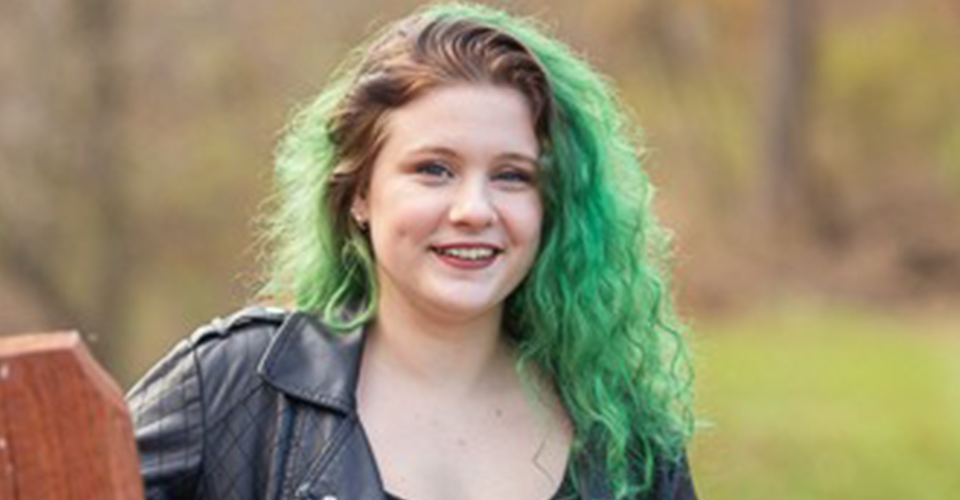 Getting an Early Start in Heart Research

With Colleen Bungard’s strong interest in chemistry, biology and research, she is a natural fit as an intern in the cardiovascular research laboratory of William Chilian, Ph.D. — even though she is still in high school. The Bio-Med Science Academy student is getting a jump on career exploration by interning in the lab of Dr. Chilian, who leads NEOMED’s Heart and Blood Vessel Disease Research Focus Area.

As a senior at Bio-Med, Bungard has an unusual degree of access to faculty researchers like Dr. Chilian – as do the students in NEOMED’s College of Medicine, College of Pharmacy and College of Graduate Studies.

Bungard started out genotyping with PCR and gel electrophoresis for a project determining whether something called the KV1.5 gene actually does have a role in supplying oxygenated blood to the working heart (as researchers think) or if it has an entirely different purpose altogether.  She is helping to create a Who’s Who of mice so the researchers will know the exact genetic makeup of each mouse.

In addition to these genotyping duties,  Bungard is working with Parisa Shabani, a postdoctoral fellow in Dr. Chilian’s lab who performs surgery on rats, to find if they can encourage collateral growth around the obstructed arteries in the heart. (More about that later.)

Bungard was very excited to find she would be working with rats – so much so that she insists her peers refer to her as “The Rat Queen.”

The researchers are doing something called survival surgery, where they aim to have the rats wake up after the surgery. The scientists put a balloon over the coronary artery of the heart, which decreases the flow of blood to the heart tissue. This blockage of blood flow is not enough to hurt the rats, but it is enough to encourage the heart to start growing the collateral vessels (a process known as collateral growth, a research area of expertise for Dr. Chilian).

The hope is that the animal can grow new arteries that bypass the blockage. In a way, a coronary collateral artery is nature’s bypass. Essentially, says Bungard, the scientists are growing a bypass instead of having a surgeon create one by grafting a bypass to divert flow around the blockage. The surgeons call their coronary bypass surgery a CABG (pronounced cabbage, which is an acronym for coronary artery bypass graft). It is hoped that the bypasses that are grown will have the same benefit as the CABG.

The study Bungard is assisting with is now in the practice and preparation phase – which means the scientists are practicing surgery to make sure that the balloons and overall process are totally reliable, with the goal of using the procedures in conjunction with stem cells.

To evaluate how effectively the collaterals are growing, the researchers use a probe in an echo contrast machine. The micro-bubbles used as a contrast agent look eerily similar to milk, Bungard says. She compares the way the probe works to something like an ultrasound or MRI.

Bungard’s role is to inject micro bubbles into the rat. The probe signal bounces off the bubbles, identifying where the blood flow is within the heart tissue.

“Stem cell research is super interesting to me, which is really the main reason I applied for this internship,” says Bungard, who is also interested in scientific writing.

“The idea of answering a question just by doing something yourself and making your own data is very interesting to me,” she adds. Bungard plans to go to Oberlin College or the University of Pittsburgh to major in chemistry or another specialized scientific field, such as biochemistry.

The NEOMED internship is giving her an early chance to explore the field of research – a huge area she hasn’t narrowed down yet. Right now, she says, “I’m more in it for the enjoyment rather than the money that can be made by going into any specific field.”

— Jacob Rude, a senior at Bio-Med Science Academy and an intern in the Office of Marketing and Communications, contributed this article.