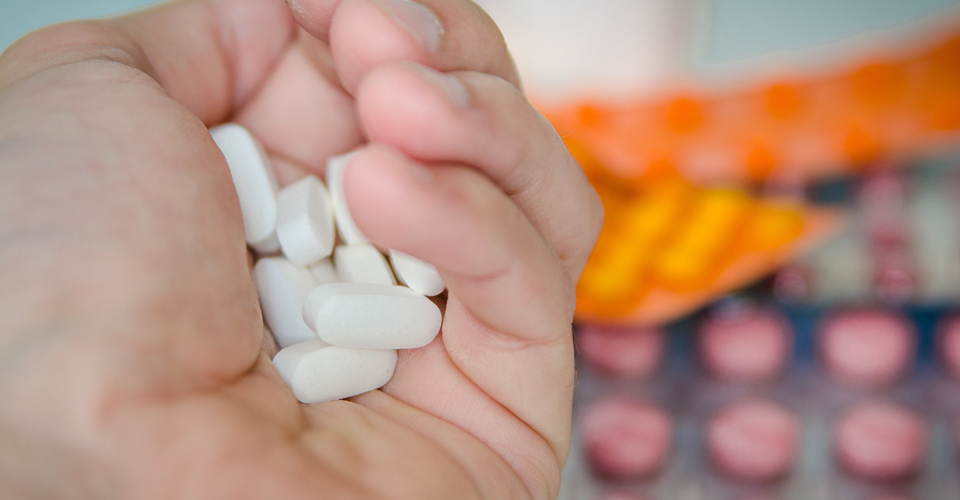 This article is the eleventh in a series about the epidemic of opioid addiction and how NEOMED is training future physicians and pharmacists to help.

Who knows more about a pharmacy and has easier access to it than a pharmacist? If this sounds like a bank robber’s kind of logic, it’s also a topic Christopher Hart, an assistant professor of pharmacy practice, wants his third-year College of Pharmacy students to consider when they look ahead to professional life. As a former pharmacist, Hart understands the risks that go along with easy access to medications—and how an intimate knowledge of everyday routines may tempt professionals to cheat the system.

In a semester-long NEOMED class called Impact of Chemical Dependency on the Profession of Pharmacy, Hart draws on his own journey through addiction to alert students to risk factors of their profession. The long hours and other stressors of the job can combine with access and knowledge to take pharmacists down the wrong road, says Hart.

“Drug addiction is a primary, stand-alone, chronic disease. It’s like diabetes; once you have it, you always have it. There is no cure, just very successful treatments,” says Hart, who has been in recovery since 2004.

Nearly one in six pharmacists encounter a substance abuse problem at some point in their career, so Hart uses his course to educate students on how to handle stress, sans drugs and alcohol. He hopes that they won’t make the mistakes he did many years ago.

“Chemical dependency can affect anyone, even pharmacists. Those letters behind your name won’t protect you from becoming an addict,” says Hart, who notes that ten percent of the general population have an addiction.

Listening to Hart is a bit like listening to an escape artist who now coaches the authorities on how to stop others from making a successful prison break. From finding the most creative spots to hide pills to managing the erratic behavior that comes with addiction, Hart has a unique advantage in teaching the risks of chemical dependency—first-hand experience.

So, what are the telltale signs of an impaired pharmacist? Hart goes down his list: Poor personal hygiene, maybe including sweatiness. Irritability. Forgetfulness. Bathroom breaks—lots of them, so as to take more medication. Mood swings.

Once you’re in the workplace, watch for that eager employee who is always willing to work late, Hart tells his students: They may not be trying to climb the ladder of success but instead, be looking for private, uninterrupted access that allows them to pilfer drugs. The same goes for the person who always volunteers to handle the controlled substances for "check in." During this process, the pharmacist may pocket pharmaceuticals and cover their tracks.

Hart travels to pharmacy schools beyond NEOMED, throughout the state, to share his story—an important one in an epidemic of opioid abuse. It’s a dark and serious topic, but Hart’s cautionary tales come with the occasional punch line.

For those who haven’t heard yet, Hart will fill them in: Denial is not a river in Egypt.

Even wonder where the phrase “quitting cold turkey” came from? A common withdrawal symptom is goosebumps, causing a person’s skin to feel like raw turkey.

How about “kicking the habit?” Early in the recovery process, people often experience restlessness, especially in their legs, and end up kicking their way through withdrawals.

Along with wisdom and the occasional laugh, Hart delivers hope for students who take this class to heart. Here are a few parting thoughts: