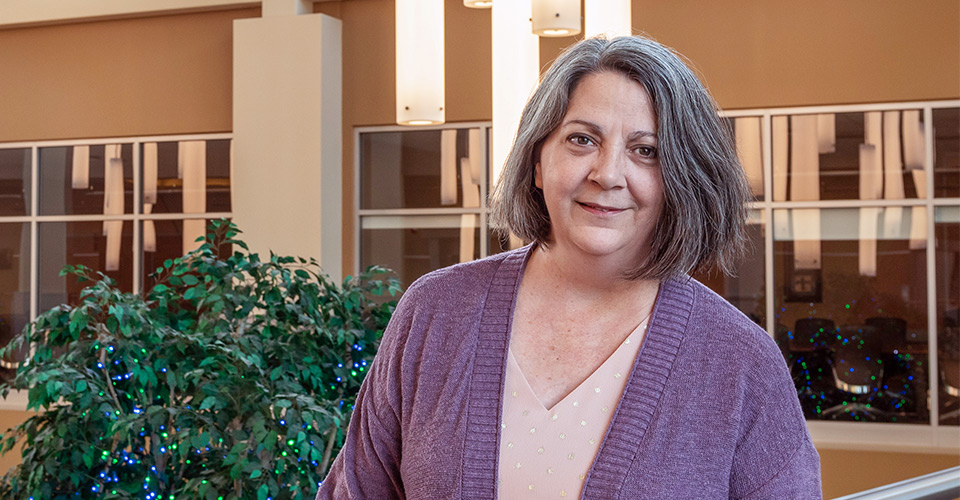 Hoban Promoted to Director of Publications and Communications

Please join us in congratulating Jeanne Hoban, who has been promoted to director of publications and communications. Though she has been at NEOMED for a short time, Jeanne has brought and delivered excellence to many areas with her wealth of experiences in marketing and communications.

As former director of marketing communication for Benjamin Rose Institute on Aging (BRIA), Jeanne planned, positioned and produced all print and digital communications, including two monthly newsletters, press releases, annual reports and all marketing collateral. She also oversaw social media and web content for the institute and its subsidiaries.

Throughout her career, Jeanne has edited multiple publications, including Times of Your Life, a tabloid targeting older adults, which was published six times a year; quarterly alumni magazines for St. Edward and Villa Angela-St. Joseph high schools; and several church histories.

Jeanne served as assistant editor of The Gerontologist, a journal that publishes applied, multidisciplinary research and analysis on social issues related to human aging. Her accomplishments were such that an incoming editor-in-chief said that Jeanne had “improved the Journal in just about every meaningful category.”

We look forward to Jeanne taking an already wonderful publication, Ignite, as well as other MarCom initiatives to new heights.