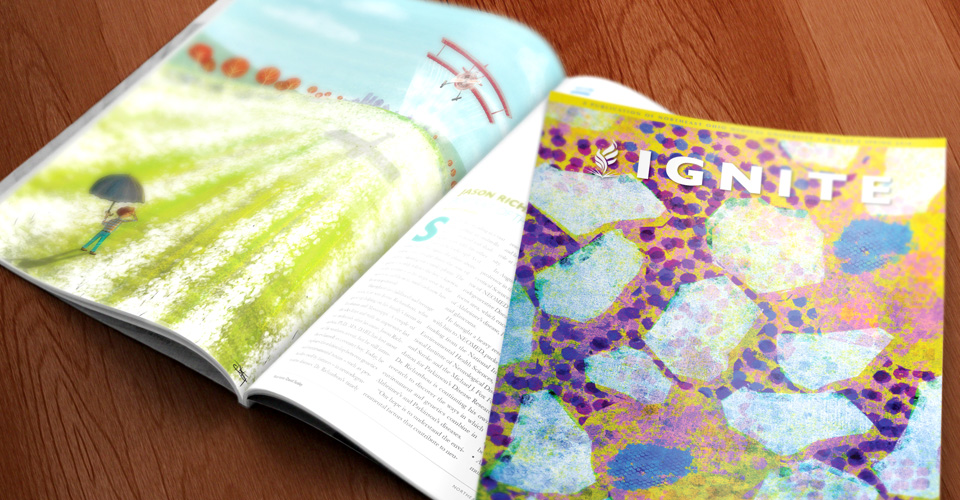 The magazine placed third internationally (behind Canada and Great Britain) and is the sole United States winner in the category, which honors outstanding improvement of print magazines that have taken place over a two-year period. The judges commented that the publication had shifted ‘’from typical cover images of alumni and students to gorgeous and engaging illustration covers.’’

According to the news release, 2017 was the most competitive year ever for the awards program. CASE received more than 3,364 entries for consideration in nearly 100 categories by more than 715 higher education institutions, independent schools and affiliated nonprofits from around the world. A list of award winners from the current year's competition is available at case.org/circle.

NEOMED was also honored for two winning entries in the Press Club of Cleveland’s 2017 All Ohio Excellence in Journalism Awards, presented June 2 at the House of Blues in Cleveland. More than 900 entries were received for this year’s contest for newspapers, magazines and online media throughout the state of Ohio.

Roderick L. Ingram Sr., executive director of the Office of Public Relations and Marketing, won first place in the category of Reviews/Criticism for “A First Responder on Second Review,” printed in the Fall 2016 issue of Ignite magazine. The article reviewed People with Mental Illness in the Criminal Justice System: Answering a Cry for Help, a practice manual for psychiatrists and other practitioners that was written by a group including NEOMED’s Mark Munetz, M.D., The Margaret Clark Morgan Foundation Endowed Chair in Psychiatry and director of the University’s Community-Based Mental Health research focus area.

The judges wrote, “This top-notch article is written so that even laymen can easily understand it. Our jails are overcrowded and yet an estimated 320,000+ people are behind bars for crimes committed because they suffer from severe mental illness….These people need help and understanding—not imprisonment.’’

In response to the national opioid addiction crisis that is being felt so strongly in Northeast Ohio, we started a new series of articles in The Pulse last fall to show how NEOMED is training future physicians and pharmacists to help solve this urgent problem. Elaine Guregian, assistant director of the Office of Public Relations and Marketing, and former marketing assistant Dana Goehring were awarded third place in the category of Online Feature Story for five articles from the series Halting a Crisis. The full series may be accessed online.