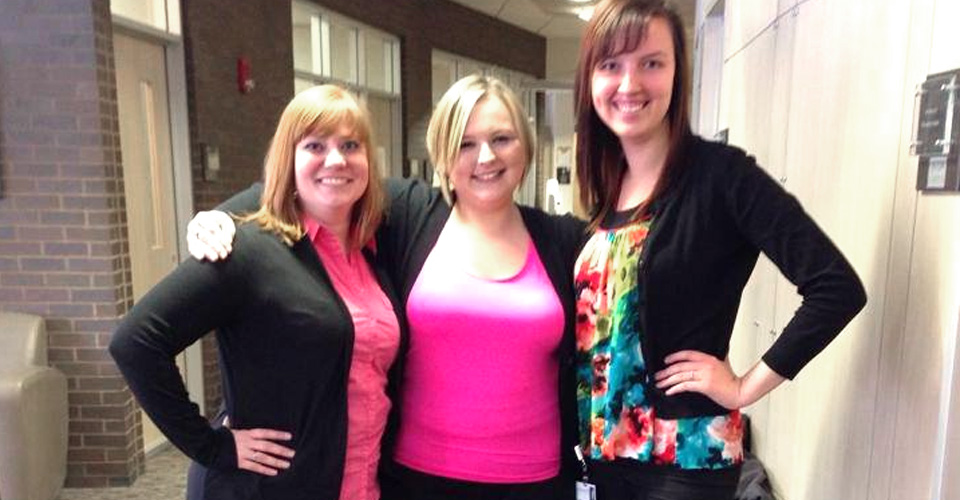 Shadowing at a federally qualified health center as part of a two-week interprofessional experience in clinical medicine at Northeast Ohio Medical University (NEOMED) was just another class requirement-- until I met John. I have never met a more determined man in my life.

I met this patient while working at Open M, a faith-based free clinic in Akron. Nothing was going right for John. He had a tough job, little to no support system and a diagnosis of liver cancer. He had been told he had six months, at most, to live. Understandably, John was deeply depressed, but he returned day after day to see Dr. Roger Chaffee, because in the middle of all of this chaos, he had found a physician he trusted.

Over the course of 24 months of visits, Dr. Chaffee and John developed a close physician-patient relationship that gave John hope and reassurance. Most important, it gave this patient good quality of life even though he was down on his luck and couldn’t afford to pay for the visits.

Open M is classified as an Area Health Education Center (AHEC), a national program. Open M is just one example of AHEC programs served by NEOMED students—programs that recruit, train and bring medical professionals to underserved areas through clinics. At AxcessPoint, another AHEC program, I not only worked with uninsured patients like John, but also non-English speaking patients who were refugees from Nepal, Myanmar and Bhutan. The clinic, located in Akron, had very little written material translated into these patients’ native languages, so I often had to rely on family members or team members to interpret my instructions.

An individual at AxcessPoint was assigned to serve as a ‘’patient navigator’’ to help patients get the care they needed. The role could include signing up patients for Medicaid or connecting them to social services, for example, to get a ride to doctor’s appointments. This individual served as a patient advocate, which was extremely useful. I also learned the importance of the patient having a second advocate: the physician.

I saw that when a physician builds a close physician-patient relationship, listening and asking questions to learn what the patient was going through in their home or work life, these insights help break down other obstacles to healing that are as significant as insurance or language barriers.

Working with John and the refugee patients, I began to realize that all patients are unique, with their own story to tell. It is my job to help my patients in the best way that I can—in a way that fits their particular story and resources.

John went from being down in the dumps to having a positive look not only on life, but also on his health. Now, six years past his original diagnosis of six months to live, John has defeated the odds.