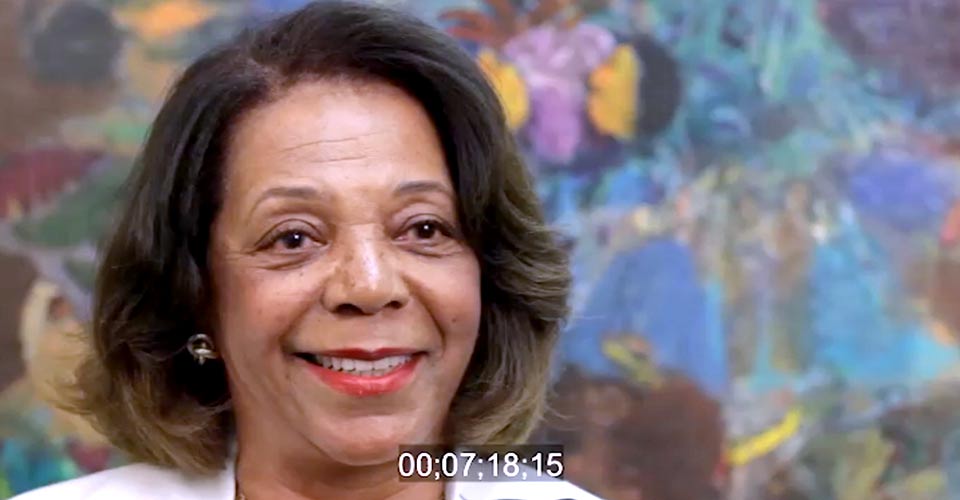 Judith’s Story: One for Black History Month and Beyond

Not long after memorial services were held for Judith E. Barnes Lancaster, Esq., who passed away in December 2021, the NEOMED Foundation received a letter from her son Richard. He mentioned his mother’s love for NEOMED and he made a donation on her behalf, asking that it go toward the Diversity Scholarship Endowment Fund that she established in February 2008, more than a dozen years ago.

The scholarship was just one of the many ways that Judy, as she preferred to be called, supported NEOMED over the years, through board service, fundraising leadership and more.

When Richard ended his letter by thanking NEOMED for being such an important part of his mother’s life, it was obvious that the story of Judith E. Barnes Lancaster, Esq., a Black woman who spent much of her life helping and supporting many NEOMED students become health professionals, was worthy of its own Black History Month celebration.

Standing on the shoulders of George Washington Carver, whose story inspired her to pursue a career in science, Judith’s example reminds us that not only are there many Blacks who have contributed to our country’s excellence in the past – but also many such exemplars among us today.

Although this is the last day of Black History Month, learning about, contributing to and celebrating Black history can and should continue beyond the month of February. And as we transition to March, which marks Women’s History Month, the same could be said of women’s stories that deserve to be told in every month.

In the spirit of both topics, we share the video below in which Judy speaks candidly of her struggles and her successes as a Black person and as a woman. The video offers insight into why she was passionate about creating transformational leaders through her Diversity Scholarship Endowment Fund. And it reminds us of the kind, generous spirit she was.