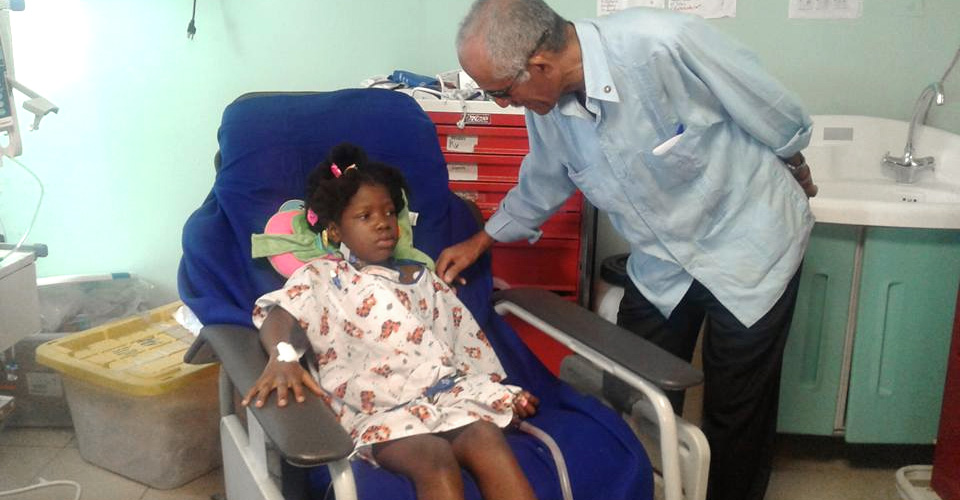 Before becoming a data specialist for NEOMED’s College of Medicine, David Kuhajda was a clinical engineer technician at Akron Children’s Hospital, working on medical equipment repairs. His expertise in setting up and testing medical equipment has allowed him to work behind the scenes to support the first pediatric open heart surgical mission in Haiti in March 2015 and subsequent missions. Here, Kuhajda reflects on his experiences and challenges upon returning to Haiti in January 2017.

On my first morning in Haiti, I visited the chapel next to the hospital where we would be serving. In the middle of the chapel, I observed a chilling sight: three caskets holding six children. The scene reminded me why I chose to help with these missions: Our team cannot help all the children who need cardiac surgery, but we can give new life to some of them.

Each time I’ve gone to Haiti, these have been my goals:

The missions to Haiti represent a truly international effort. The January trip included a surgical team from Italy, clinical staff from the United States, and as always, clinical and operations support from the Haitian employees at the hospital. While every single person on the team was essential, the Haitian medical translators hired for this mission had a particularly critical role, similar to that of a child life specialist in the United States—to play with the children and attend to their emotional needs during a stressful event in their life.

Despite the best planning, there are always issues on these trips. Haiti is hot and humid; stored equipment is often damaged by the environment. Other times, equipment is misplaced or lost.

We ran into numerous challenges, any one of which could have sidelined our clinicians’ surgeries if left unsolved. First, we discovered that the outlet used to prevent hazardous gases from interfering with the patient’s anesthesia was not functioning. This issue was easily remedied by connecting the anesthesia machine’s waste gasses to the functional vacuum system—but the fix caused a major issue with the vacuum pump system. To avert failure, we lowered the maximum vacuum pressure by 20 percent. This lower vacuum pressure was not optimal, but the surgeries could still safely proceed.

Back to the humidity issue: The moisture in the air had also caused the infusion pumps to corrode and stop working. Thankfully, we had brought the tools needed to clean the connectors and succeeded in bringing two of the three pumps back to life.

Another problem we discovered was that massive electrical surges earlier had damaged one of the two autoclaves (machines used to sterilize equipment). Repairing the autoclave required parts that were not available. With only one functioning autoclave, more time had to be allotted between the two surgeries planned for each day. We had no backup if the remaining autoclave failed; luckily, it kept working.

Lack of a backup was also an issue for providing anesthesia, since one of the two machines was damaged. This did not stop the mission, but if the single working anesthesia machine had failed beyond our ability to repair it with our limited resources, the remainder of the mission would have to have been cancelled.

Sometimes we have to come up with solutions that are imperfect but workable. For me, it’s all worthwhile because of the opportunity to make a lasting difference to the most vulnerable patients: children.