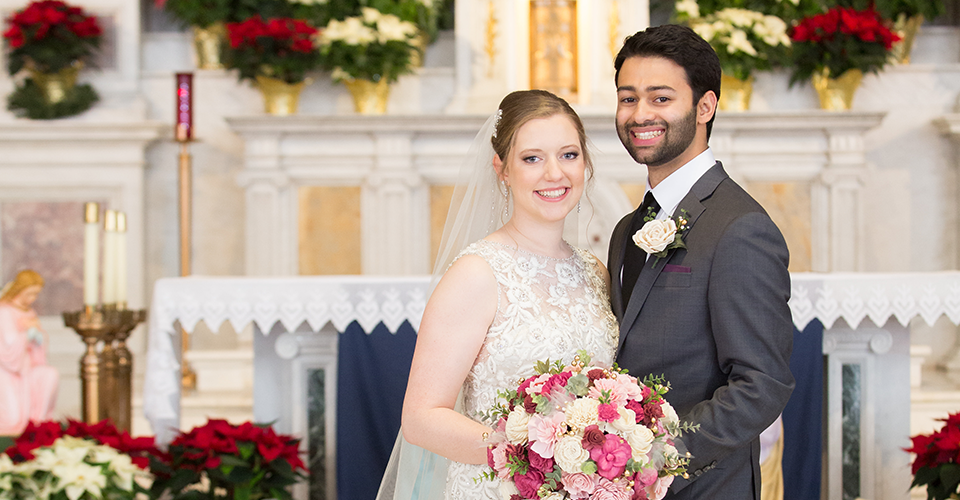 In all, 134 Northeast Ohio Medical University College of Medicine students matched for residencies at institutions near and far through the 2020 National Resident Matching Program (NRMP). National Match Day is held the third Friday of March each year.

For fourth-year medicine students Austin Poth and Laura Yeater, who were married on New Year’s Eve 2019, the results were especially sweet. The newlyweds learned that they’ll be moving to Salt Lake City for residencies at University of Utah Health – Yeater’s in family medicine and Poth’s in internal medicine.

“The wedding fell in the middle of our interview season for residency, which only added to our stress throughout our semester. In fact, we had to leave the day after our wedding to go to Chicago for another interview. While it was a busy time, it was also a very exciting time for us because we were always wondering which program we would end up at. From Portland, Maine, all the way to Salt Lake City, Utah, we made each interview into a mini vacation to see how much we would like the city, which helped break up the monotony of interviewing,” Poth wrote in an email.

“Fourth year of medical school is typically the most relaxed year and most students would say that they've had plenty of time to rest and recuperate, but since we were couples matching and therefore doing more interviews and were planning a December wedding it stayed busy, maybe even busier than third year was,” wrote Yeater.

“The process of the couples match is actually fairly simple and bears the same principles as the main match for other people, said Poth, explaining, “The one main difference is you are able to leverage an interview you obtained in order to get one for your significant other. For example, if I obtained an interview in Columbus that Laura did not get, all it took was an email to the hospital asking if she could also have one. This did not work every time, but it is a low risk/high reward situation and allows each of you to get into programs you might not have necessarily been given an interview at.

“For us, this happened to be at the University of Utah in Salt Lake City, a mere 1,700 miles from Rootstown. Initially it was shocking that we were moving so far away, but it quickly wore off and we became so excited to go to a residency that we fell in love with during our interviews!"

Matches Near and Far

Read the details of where NEOMED students matched.