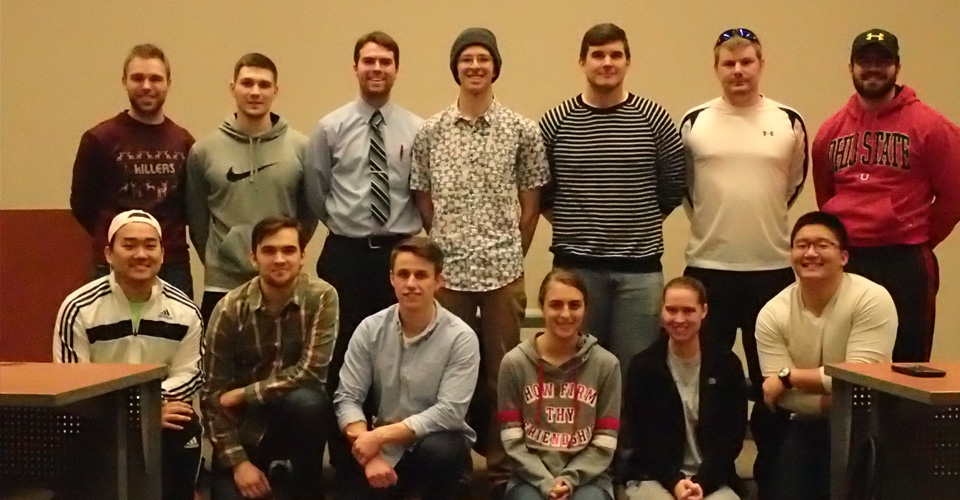 On March 17, fourth-year medicine students across the country will match into residency programs. But for students entering residency programs within the United States Department of Defense, the match took place earlier, on December 15. These students will begin residency this summer, following graduation from Northeast Ohio Medical University.

The panelists fielded questions from current M1 and M2 students who also plan to serve their country in military hospitals following medical school. 2LT Nicholas Walther, a second-year College of Medicine student who serves as co-president of the group along with second-year student 2LT Devin Baith, attended and wrote the following:

For students like me, who have several years until it’s time to match, it was helpful to spend time with these five officers to gain insight and wisdom into what I need to do during the remainder of my time at NEOMED to ensure a successful match. They each shared that they were glad they challenged themselves during their third and fourth years at NEOMED. They felt that their education has prepared them to tackle whatever challenges face them during their residencies.

A saying in the Soldier’s Creed is “I will never leave a fallen comrade.” Although the line refers to soldiers injured or lost in battle, these students are already living by that code by passing on the wisdom gained by trial and error to younger students. Future Military Physicians hopes to continue to host events like this in the future. By the M4s informing us of their problems and successes, we can learn from them. Their insights can help to equip future military physicians to succeed in the military and in medicine alike.