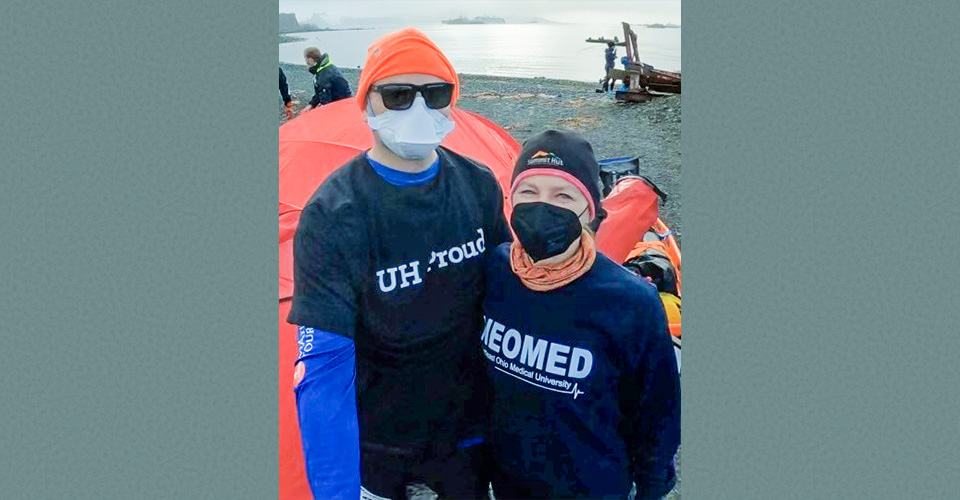 More Than a Fun Run

Traveling all the way to Antarctica to run a half marathon might qualify as extreme to some, but it was a dream come true for two health care professionals who love to run, says Ruth Simera, M.Ed., executive director of the Coordinating Centers of Excellence in the Department of Psychiatry. “My husband, John Barnes (wearing his University Hospitals gear in the photo) has longed to go to Antarctica as long as I’ve known him,” says  Simera.“This was a fun way to couple our running with his dream destination.”

The couple joined a marathon tour-and-travel group and spent a week traveling around the islands and main continent of Antarctica. As part of the trip, the pair ran a half-marathon on King George Island, with Simera finishing second in the race.

“It was late summer when we were there, so the temperatures were moderate, and not unlike average temperatures in Ohio – low 30s,” notes Simera.The race was postponed a day due to high winds and freezing rain, but fortunately, conditions returned to moderate temps and sunshine on race day.