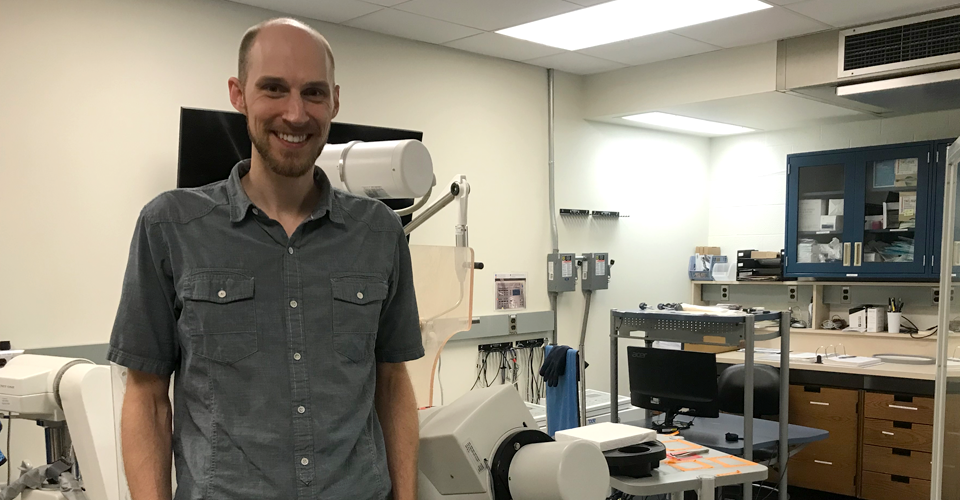 Christopher Mayerl, Ph.D., a postdoc in the German Lab, has been awarded with a K99/R00 grant for his project titled, “The impact of sensory intervention on motor output and feeding performance in term and preterm infants.”

Dr. Mayerl received the Pathway to Independence Award from the Eunice Kennedy Shriver National Institute of Child Health and Human Development. The five-year grant, which provides $114,000 to the senior-level postdoc during the first year, funds a new faculty member during subsequent years.

Dr. Mayerl’s research will help determine how sensory input to feeding through changes in milk, milk delivery, and particularly the use of biomimentic nipple, impact the neuromuscular mechanisms that control feeding, both in term and preterm infants.

“The Pathways to Independence Award is one of the most prestigious and difficult awards to get at the NIH,” said Rebecca Z. German, Ph.D., professor of anatomy and neurobiology. “To the best of our knowledge, this is the first time that anyone at NEOMED has received this award, which speaks to Dr. Mayerl’s tremendous abilities as a researcher.”

According to the grant proposal, Dr. Mayerl’s research will serve as a foundation for the development of evidence-based interventions to ensure that all children have the chance to live healthy and productive lives.