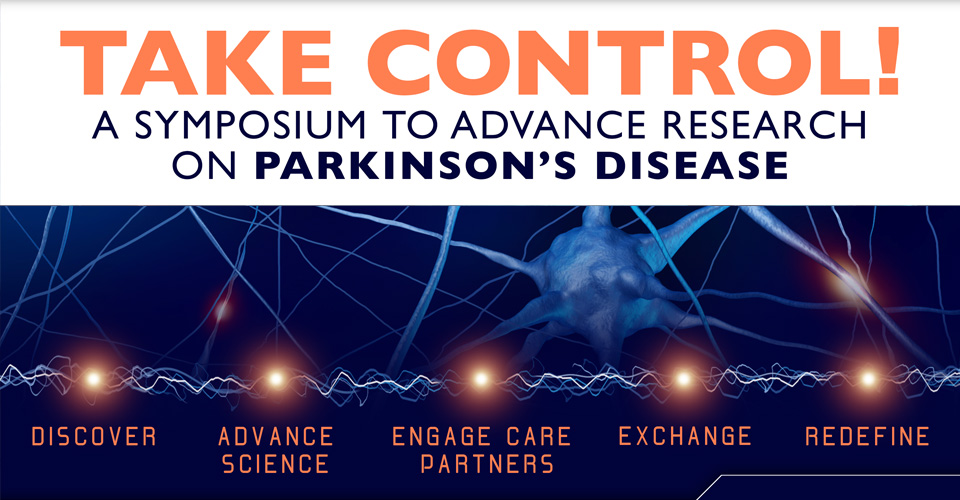 Dick Nicely and Glenn Leppo have a few things in common. Both lead Northeast Ohio-based companies—Nicely as president of R.G. Smith, a sheet metal fabricating company, and Leppo as CEO of Leppo Group, Inc., an equipment rental and sales company.

Both men have also received the devastating news that they have Parkinson’s Disease, the neurological disorder that gradually worsens over time and impacts between seven and 10 million people worldwide. With approximately 60,000 Americans being diagnosed each year, both Nicely and Leppo have chosen to invest in the world-class Parkinson’s research happening at NEOMED as a means of battling back at the disease.

Nicely was diagnosed 16 years ago and takes 15 or more pills each day to control his symptoms. While he jokes that he can no longer carry two glasses of wine at the same time, he has had to learn to adapt to his changing physical abilities. And despite the setbacks that come with having a progressive disease with no cure, the research happening with NEOMED’s Neurodegenerative Disease and Aging focus area gives him hope.

The contributions of Nicely and Leppo, helped NEOMED recruit Jason Richardson, Ph.D., DABT, to become the first director of NEOMED’s recently introduced fifth focus area, Neurodegenerative Disease and Aging, which brings focus to Parkinson’s and other neurodegenerative diseases like Alzheimer’s and glaucoma disease.

Dr. Richardson hails from Rutgers University, where he served as a faculty member at Robert Wood Johnson Medical School and the Environmental and Occupational Health Sciences Institute. He put his toxicology training to work as Director of the Joint Graduate Program in Toxicology – one of the oldest and most respected pharmacology and toxicology programs in the country.

“I have met the (NEOMED) researchers and talked to them, and they’re really on top of their game,” Nicely says. “I love the accessibility. I get to see where I’m putting my money.”

Leppo, who was diagnosed three years ago in his late 40s, hopes that advances made at NEOMED will combat the disease that has already robbed him of the ability to smell his wife and care partner Karen’s homemade spaghetti sauce.

“NEOMED’s research crosses boundaries of neurodegenerative disease,” Leppo says. “They can use information from Alzheimer’s research to impact Parkinson’s, and vice versa. There’s hope for all of us. If we can find a cure for one, we will find a cure for the whole broad spectrum.”

But living an active life, treatment, stopping the progress and finding cures to neurodegenerative diseases of aging require an entire community - from care partners and physical therapists, to researchers and civic leaders.

NEOMED is hosting a symposium with all advocates. Titled TAKE CONTROL! A SYMPOSIUM TO ADVANCE RESEARCH ON PARKINSON’S DISEASE, the event takes place May 4 in the NEW Center. Participants will learn about therapeutic approaches and discoveries through conversations with researchers, clinicians and care partners.

See Take Control to learn more about the event.

For more on advancing innovation and research, visit ShineOnNEOMED.com.