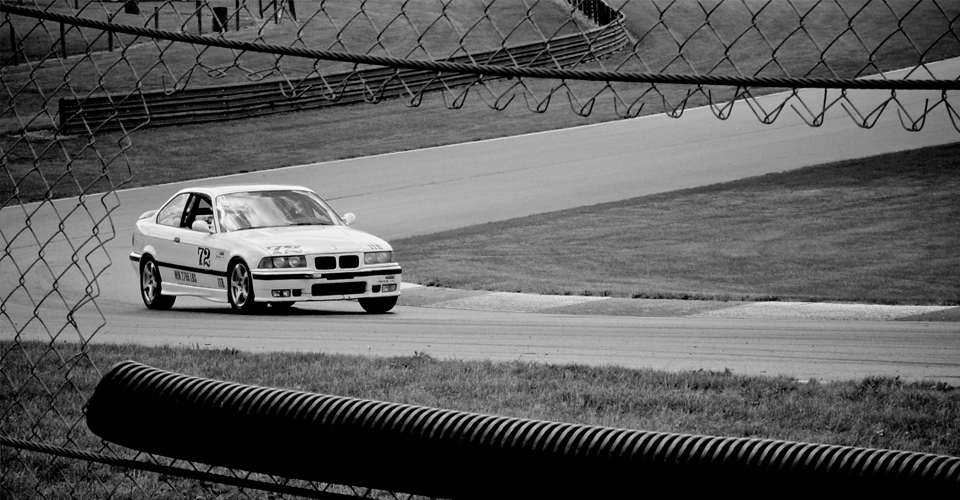 NEOMED Student Races Away the Stress

Self-proclaimed gearhead Lincoln Shaw considered becoming a mechanic and working at his family’s automotive recycling business in Carrollton, Ohio—until he fell in love with science. Currently completing an elective rotation in Ophthalmology at Vanderbilt University in Nashville, Tenn., the fourth-year student at Northeast Ohio Medical University uses racing as an outlet to relieve stress at the highly regarded university.

“Racing is definitely a stress reliever for me,” says Shaw, the first in his family to race automobiles. “When you are in the car and racing, it is hard to think about much else—you’re pretty much just living in that moment.”

Growing up, Shaw spent much of his free time with his dad, restoring a new car each year. Though Shaw’s dad always loved working with him on muscle cars, it took a little effort for Lincoln to convince his father to take on a race car. Once his dad gave the green light, they started building a street car into one that would be compatible with road-circuit racing. Shaw went on to attend racing school, earning his racing license through the Sports Car Club of America. Today, he competes in events at the Mid-Ohio Sports Car Course in Lexington, Ohio and Waterford Hills Road Racing Track in Clarkston, Michigan.

While racing gives Shaw the opportunity to meet other physicians who share his love of the sport, he says it’s the time he spends under the hood with his dad that means the most to him. Their latest project? A 1994 BMW 325IS. “The car has given us a reason to interact on a regular basis and provided us a goal to work toward,’’ says Shaw.

“The fact that I love cars is a bonus.”