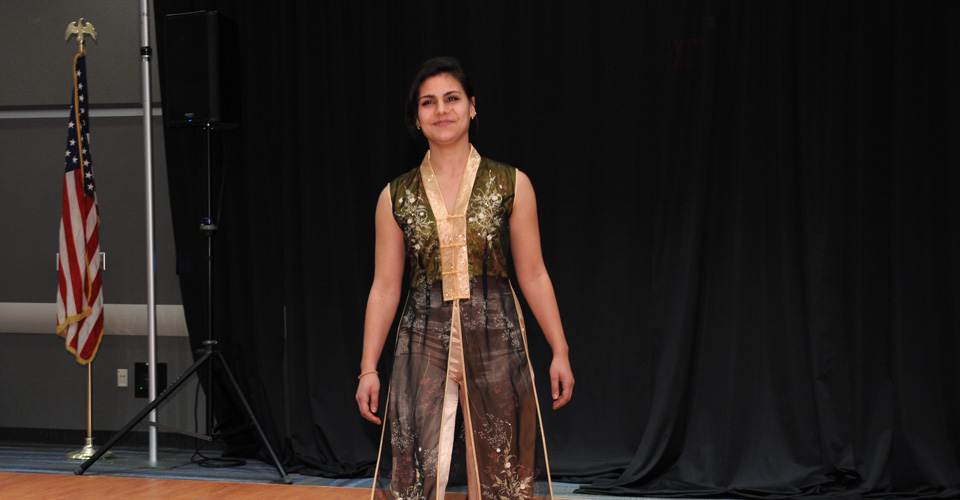 Second place went to Catherine Tran, a third-year medicine student at the University of Nebraska College of Medicine in Omaha, Nebraska. Jennifer Hu, a second-year medicine student at the University of Rochester, won third place. Delese Wear, Ph.D., a professor of family and community medicine at NEOMED who has been involved with the contest since its beginning, says there’s even more NEOMED pride this year because co- first prize-winner Ileana Horattas’ father, Dr. Mark Horattas – chief of surgery at Akron General Medical Center – is a member of NEOMED’s clinical faculty.

Winners were selected by the Wick Poetry Center at Kent State University, with final judging by Richard M. Berlin, M.D., a psychiatrist and poet from The University of Massachusetts Medical School.

The top four poets won cash prizes and will be invited to visit NEOMED on Friday, April 22 to read their poems at a noon ceremony. All first-year medicine students traditionally attend the presentation ceremony, to be held at the Watanakunakorn Auditorium. Lunch is provided for them prior to the event. The ceremony itself is open to all NEOMED students, faculty and staff.  Matt McCarthy, M.D., an assistant professor of medicine at Weill Cornell Medical College and an assistant attending physician at New York-Presbyterian Hospital is this year’s guest speaker.

It’s the 34th year for the competition, named after a physician who practiced family medicine in Rutherford, New Jersey while simultaneously building a wide reputation as a poet. Martin Kohn, Ph.D., the first director of NEOMED’s Human Values in Medicine Program, started the contest in keeping with NEOMED’s emphasis on the humanities as integral to the medicine curriculum.

The competition is open to students in the U.S. and Canada. A total of 276 poems were received this year.