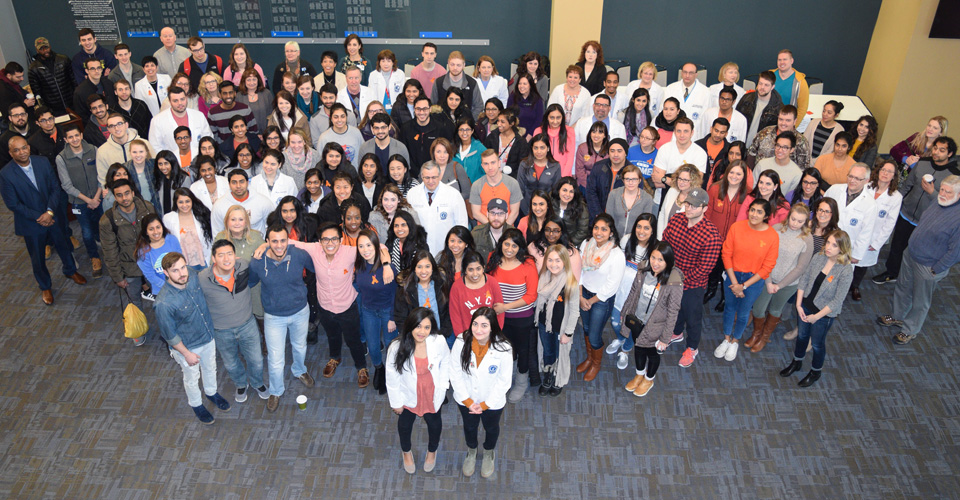 Organized by the NEOMED affiliate of the American Medical Women’s Association (AMWA), students gathered in the atrium outside Watanakunakorn Auditorium at 10 a.m. Wednesday to participate in a national walkout focused on preventing gun violence. They joined students across the country (including at Bio-Med Science Academy on the NEOMED campus) in walking out of classes to commemorate the hour a month earlier when a shooter attacked Marjory Stoneman Douglas High School in Parkland, Florida.

Joan B. Webster, M.D., adjunct assistant professor of family and community medicine, followed the student presentation with brief comments, noting, “Courage takes all forms’’ and commending the participants for attending. With a moment of silence and the ringing of a small bell, once for each of the 17 people who died in Parkland, the commemoration closed.