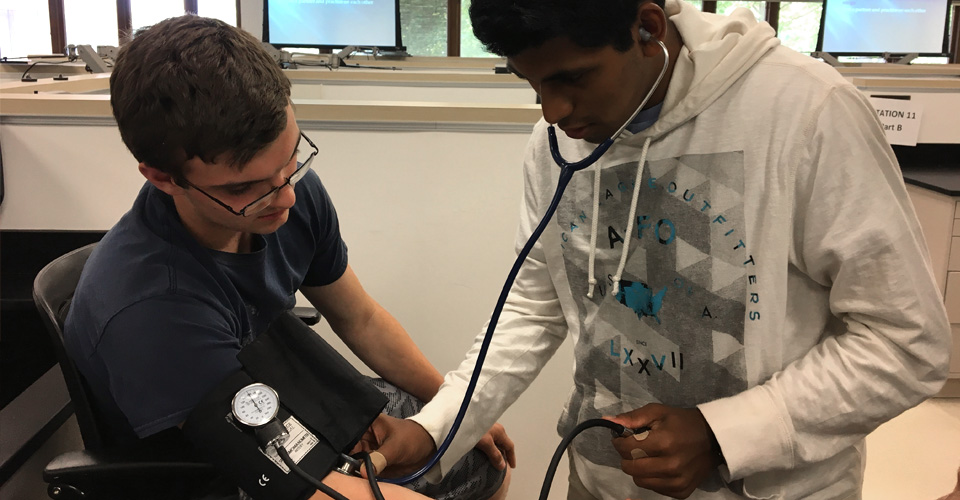 Hands raised one after another as Fady Abdlrasul, Pharm.D., an assistant professor of pharmacy practice, quizzed his Pathways to Pharmacy high school students and recent graduates during a session dedicated to preventing prescription abuse. From addiction and drug abuse to naming sedatives, the high school students and recent graduates offered their own ideas and definitions on each topic.

In 2016, Ohio was only second to California in the U.S. for overdose deaths—and 60 percent of the 3,050 overdose deaths in Ohio were attributed to prescription medications. Dr. Abdlrasul explained to students that pharmacists are on the front line of the current opioid epidemic, as they are the most adequately equipped to combat the surge in overdoses through their knowledge.

As the students soaked in the drug-related information, they learned that as pharmacists, one day they could play a role in the fight to end drug abuse. Dr. Abdlrasul discussed how pharmacists have the power to decline a patient’s request to purchase needles and encouraged students to, “Just say no!” when offered medications that weren’t prescribed to them.

Not only did the Pathways to Pharmacy students gain valuable knowledge on prescriptions and prevention. They also acquired hands-on training by learning to take vitals, such as a patient’s blood pressure, heart rate and respiratory rate. Session presenter Michael Duffy, a fourth-year student in the College of Pharmacy, shared with the group that some students don’t learn to take vitals until they come to NEOMED. As they practiced on one another, the student’s calculation skills were tested to ensure they were getting proper readings so they could compare their vitals with the average rates.

In only a few short years, these Pathways to Pharmacy students will be faced with decisions that will determine the path of their careers. Will we be introduced to 11 new pharmacists? We’ll have to wait and see.