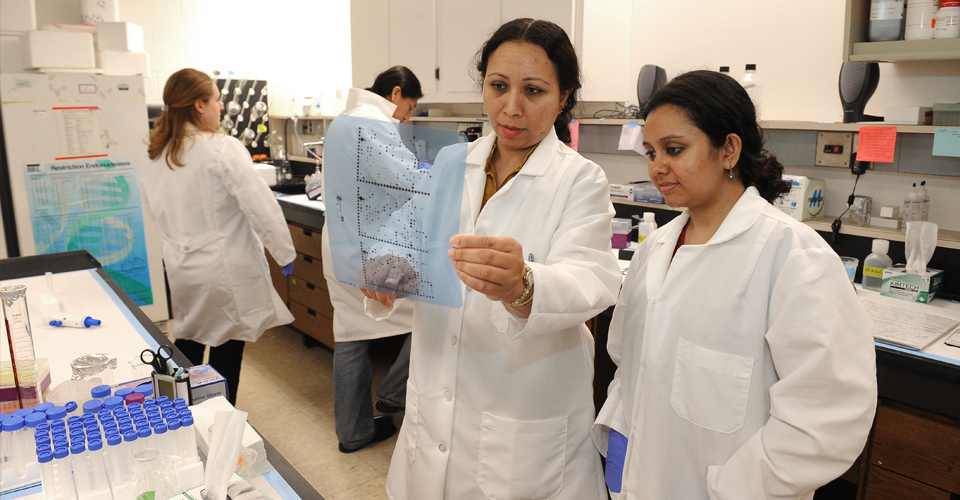 More than 75 percent of the population in the U.S. over the age of 30 are affected by atherosclerosis. Individuals with diabetes have a two to four times higher risk of developing this vessel blockage. Why? The American Heart Association has awarded Priya Raman, Ph.D, assistant professor of integrative medical sciences at NEOMED, a grant of $154,000 for her research, “Targeting OGT in Diabetic Vascular Disease,” aimed at finding an answer.

When a large vessel that carries and supplies blood to the different organs of the body begins to build up with lipids, such as fats, the vessel wall hardens, triggering atherosclerosis—a vessel block. Atherosclerosis can lead to a number of cardiovascular problems, such as heart attack and stroke. This is significant, since nearly one out of every three people in the U.S. have cardiovascular diseases.

“This is a continuous battle with lots of ongoing research,” says Dr. Raman, whose research interests include vascular complications. “Many studies have been done everywhere, but underlying mechanisms have not been concretely defined as of yet.”

Dr. Raman’s first grant from the AHA focused on the effects of leptin—a protein produced by the fat cells in the body. This is the hormone that tells the brain when to stop eating. Obese individuals are resistant to the effects of leptin on the brain, but are at risk of developing atherosclerosis, because they produce large amounts of leptin. This second grant from the AHA makes it possible for Dr. Raman to continue her research from a new angle.

What does the OGT mean in the title of Dr. Raman’s research? It stands for the enzyme that carries out O Glycosylation: the name for a process in which numerous proteins are modified. What if this enzyme were missing? Would that protect against high glucose-induced atherosclerosis? That’s what Dr. Raman will research, beginning with tests using a mouse model.