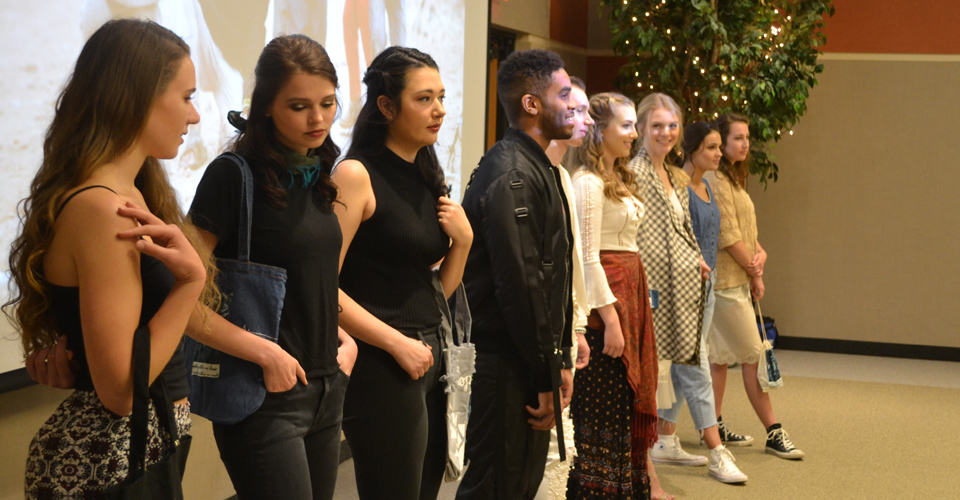 This humanitarian idea singlehandedly drove a grassroots project for humanity. Project Refugee Runway is the result of two years of collaboration and the tireless efforts of many compassionate individuals from Kent State University and the NEOMED American Sign Language Club, as well as from many local businesses in Northeast Ohio. The recent fashion show at NEOMED was meant to bring awareness and raise money for Save the Children: Syria and for Doctors Without Borders efforts, specifically in Syria. It was an exhibition of clothing pieces inspired by the themes of war and humanity.

Students at the Fashion School at Kent State, which is ranked third nationally, created all of  the pieces in the show locally. Some of the clothing items exhibited were auctioned off for charity at the end. Throughout the show itself, many models displayed the number 13.5 million on their hands and face to draw attention to the current number of Syrian refugees in need of humanitarian assistance.

In addition to this, Omar Azem, a Syrian first-year College of Medicine student, shared an incredibly moving spoken word piece about the ongoing refugee crisis. He spoke of the urgency of the situation and shed light on the events that ultimately catalyzed the crisis.

Overall, Project Refugee Runway raised over $1,200 for Save the Children: Syria and Doctors Without Borders! This was all thanks to the wonderful people who attended, and the people who worked so hard to make it happen.

In the end, the event showcased that anyone can instigate change for the sake of human rights. It’s important to realize that when communities come together with the resources they have for a good cause, it matters.

Ritika Gudhe, a first-year student in the College of Medicine, contributed this report.