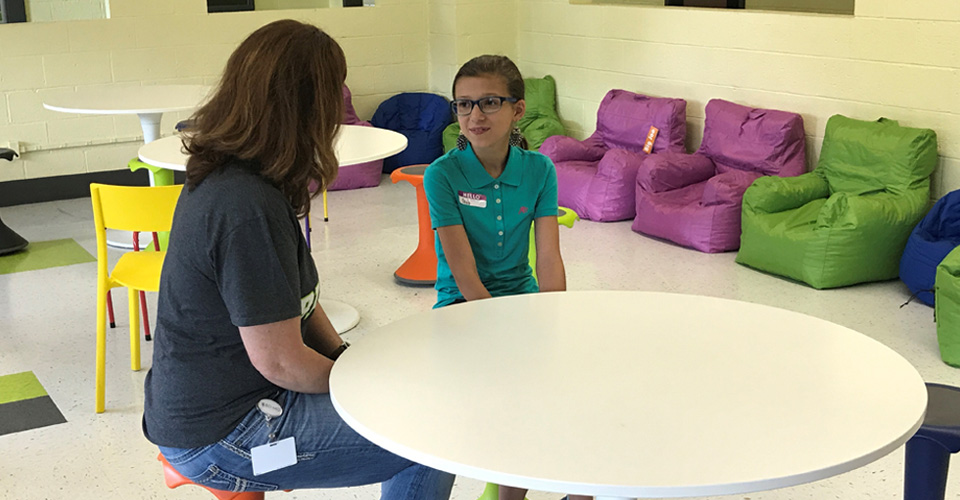 School is in Session at the Bio-Med Lower Academy

The Lower Academy, located about 15 minutes from the NEOMED campus in Shalersville Township, is for students in grades six through eight. It takes the same problem-based learning approach as Bio-Med Science Academy, which opened in 2012 for students in grades nine through 12. The Academy is located on the third floor of the NEOMED Education and Wellness (NEW) Center. Lower Academy students will have opportunities to interact with members of the NEOMED community. Throughout the year, students will learn about various career paths as they connect with NEOMED students, faculty and staff, as well as business leaders and others from the community.

While the students are getting acclimated to their new surroundings, they are already beginning to prepare for a major project: designing and building an interactive learning lab that will sit behind the school. As part of the school’s project-based curriculum, each grade will develop plans for how they want to use the space to create an area for hands-on learning opportunities. The students will work on everything from budgeting and working with the Township’s zoning and water departments, learning about all aspects of building a new space. The area is currently filled with old playground equipment, but students will also look for creative ways to re-purpose the equipment for use at the new lab rather than just disposing of it.

Earlier this year, Bio-Med Science Academy was honored by Gov. John Kasich during the Governor’s School Innovation Awards event held at the Ohio Statehouse. The Academy was one of just seven schools to be recognized with the award. During the program, Gov. Kasich recognized the school’s flexibility for students within its curriculum, stating he would like to see this model applied throughout other districts in Ohio.