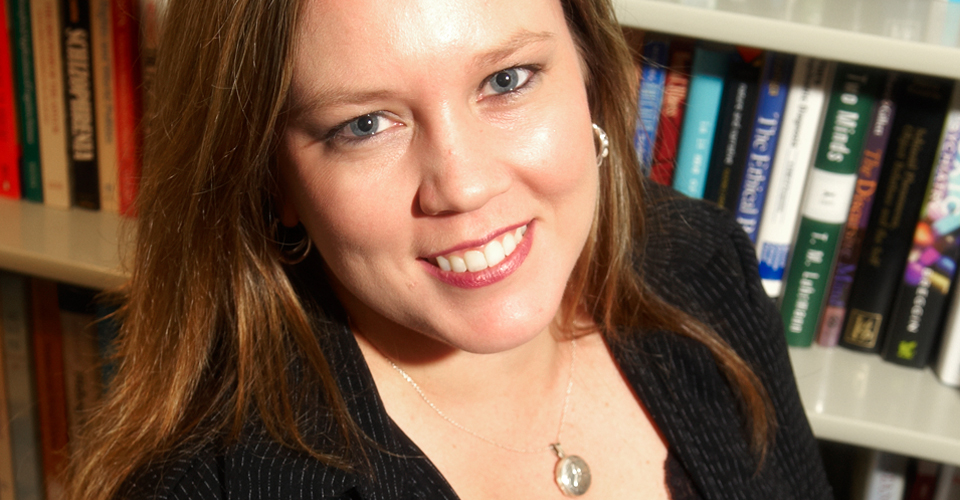 Scientista is a national organization that works to empower the women of this country who are interested or currently involved in the fields of science, technology, engineering and math (STEM). Students in NEOMED’s chapter have interviewed four very special Scientistas who have been generous enough to share their stories with the community. We hope everyone is able use these stories as a source of empowerment and encouragement to succeed in the field of STEM!

When and why did you first become interested in STEM?

Dr. Aultman's interest in the STEM fields started at a very young age. She first became interested in STEM, when she was introduced to the history of science and medicine by her fourth-grade teacher.

How did you get to where you are as a successful woman in STEM?

Dr. Aultman did her undergrad work at a liberal arts college called Franklin and Marshall College in Lancaster, Pennsylvania. She majored in philosophy and a pre-healing arts program, with a science, technology and society minor. She planned on going to medical school. When she was taking these science classes, she really enjoyed the theories behind science, which eventually led her to philosophy and ethics. Something she noticed during this time was that there were very few women in the fields of science and philosophy.

She got into medical school, but ended up taking a year off to do research in medical neuroscience at Yale University as a Research Assistant/ Graduate. Her motivation for doing this was that she wanted to understand the scientific background behind mental illness and human understanding. Dr. Aultman spoke fondly of the mentor that she had at Yale because it was the first time that a mentor was a female and one who was inspiring and empowering. This mentor taught her an incredible amount about being a scientist, and navigating through a field typically dominated by male scientists. She described her as someone that she would never forget.

After this experience, Dr. Aultman decided to delve deeper into the theories of science and medicine, as well as their ethical implications, by pursuing a master's degree in bioethics at Case Western Reserve University, during which she could apply the research skills that she had gained. Dr. Aultman went on to Michigan State University with a full scholarship and achieved a Ph.D. in philosophy with a concentration in healthcare ethics and specialization in cognitive science, blending her passion for science and the theory behind science. At the same time, she also taught at the University of Michigan.

Did you face any challenges as a woman in STEM? How did you overcome these challenges?

Throughout her career, Dr. Aultman attended many neurology, psychiatry and philosophy conferences. In both fields, the majority of the attendees were men. She described herself as feeling vulnerable in these situations and even questioning if she wanted to pursue these fields. In the field of philosophy, especially, women were pigeonholed into certain fields such as feminist philosophy, but Dr. Aultman could overcome these difficulties by valuing her female predecessors and focusing on topics she was passionate about. By observing her female mentors and learning from them, Dr. Aultman could grow and motivate herself to truly succeed in the STEM field!

While we talked, Dr. Aultman explained that it was still difficult being a female researcher and medical educator, even at NEOMED. She is the chair of the Institutional Review Board, and she sees that there are still a lot of female researchers who are faced with having to prove their own self-worth despite having knowledge and skills equal to their male counterparts. She noted, "Women still continue to struggle in some of the hidden aspects of our environment." Although she listed these difficulties, Dr. Aultman recognized that she has had many male mentors such as Dr. DeLucia, Dr. Munetz, Dr. Chilian,and others who have collaborated and worked with her, which shegreatly values.

What advice do you have for Scientistas like us who wish to be successful in the field of STEM?

The advice that Dr. Aultman has for Scientistas is to emphasize the importance of finding female mentors who are "willing to be open and honest about their experiences" to help Scientistas succeed in STEM. Dr. Aultman feels that with the kind of empowerment that is already present, there will be more women in STEM fields like medicine. She continues to learn a great deal from her current mentor at NEOMED, Delese Wear, Ph.D., who continues to be an inspiration through her humanities and medical education research.  A difficulty with mentorship, though, is that there are female mentors that make the journey tough on purpose to simulate the hardships that they went through. “If it weren’t for these tough, dedicated women mentors, I would not be the researcher I am today,” Dr. Aultman said. The important thing to remember, in Dr. Aultman's view, is to underline the significance of encouragement and the value of everyone’s own path. The main thing to remember, according to Dr. Aultman, is to "resist conformity, be innovative, and use critical thought," which will allow women to succeed in male-dominated fields.

Why do you think it's important to advocate for STEM as a woman and to spark that interest in young women within our generation?

Dr. Aultman believes that "being gender-sensitive can help give women opportunities.". Even more, Dr. Aultman says that it is not just about women and men, but the importance of diversity. Where you come from, your passions, and your sensitivity to features of science ultimately determine what you contribute to STEM.