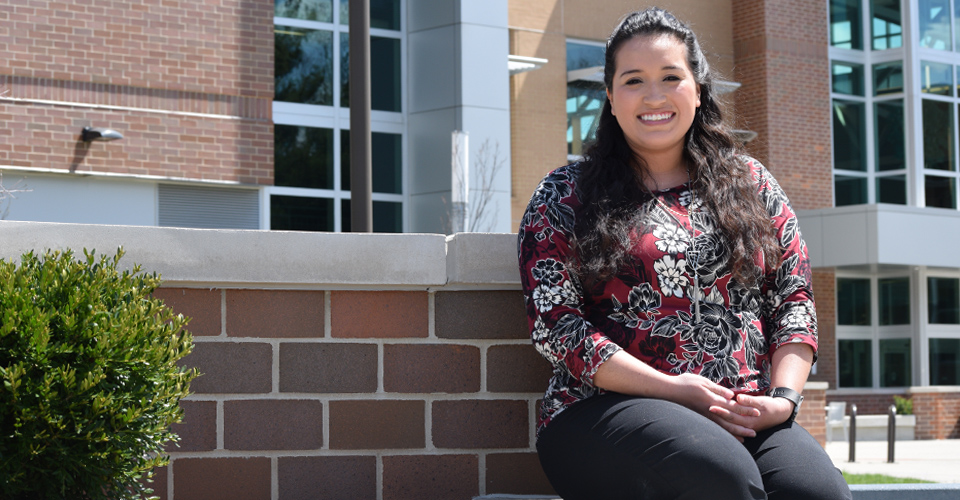 “I want to help my Hispanic/Latino community in the U.S., also back home in Mexico, but in the U.S. Both areas have a lot of need.’’—Carmen Javier (M1)

California may be The Golden State, but Carmen Javier sees her move from Los Angeles to Northeast Ohio as a golden opportunity. Although the first-year College of Medicine student had graduated from UCLA, one of the nation’s most prestigious universities, her GPA wasn’t quite high enough for the medical schools she applied to. The NEOMED-Cleveland State University Partnership for Urban Health was the only program Javier found in her search that looked at students holistically, and as a result, accepted her into the Partnership’s post-baccalaureate pathway with a 3.0, giving her a chance to apply to the College of Medicine at NEOMED upon successfully completing the pathway.

As an underrepresented Hispanic student who wanted to pursue primary care–Javier was born in the U.S., but her family returned to Mexico for family obligations when she was young—Javier fit the profile for the urban primary care track in the Partnership. She appreciates that the program saw potential in her because of the job experience she had acquired by working at the Venice (California) Family Clinic, first by serving a year through AmeriCorps and then being hired as a care coordinator.

“Because I grew up in Mexico City that really helped me become grounded in my roots and helped me to learn my language and culture and really see what it’s like to grow up outside of the U.S. and see the differences. Especially when I emigrated/immigrated in 2000 as a 10-year-old coming to the U.S., I really saw the contrasts in health care,’’ says Javier.

“Surprisingly, I saw some similarities in health care, especially among the underserved communities here in the U.S. that still don’t qualify for health care, don’t have health care and still don’t receive the services that they need. That is something I carried with me and I always remember wherever I go, it’s what drives me to also become a doctor.

“I want to help my Hispanic/Latino community in the U.S.—also back home in Mexico, but in the U.S. Both areas have a lot of need,’’ says Javier.

Finding and Serving a Hispanic Community

Javier knew that in general, the population of students at medical schools who are Hispanic is very low. “I came in not imagining that there would be a high concentration of Latinos in the area, but I was and have been pleasantly surprised,’’ says Javier. She quickly joined the Hispanic Community Outreach Group on campus. Through activities such as medical Spanish workshops, she met leaders who helped her get more involved with the Latino community through organizations like Proyecto Raíces (Project Roots), which works to cultivate Latino culture and Latino traditions in young children growing up near NEOMED’s Rootstown campus.

“I never thought I was going to meet so many Latinos—Latino parents who are very interested in keeping their culture and making sure it grows and gets passed on from generation to generation. So that’s really been the most exciting thing for me here in Rootstown my first year,” she says.

A member of NEOMED’s Student Impact Committee, Javier serves on the LCME committee to help with the accreditation process currently taking place.

“What makes me proud of being on the LCME committee is that we were a rather small group of individuals—maybe about ten to fifteen individuals and roughly five faculty—and we were able to come together and really plan and gather data to represent 95 percent of all students in the M1 through M4 classes. This data is very important. This is ultimately going to make changes down the line, or ultimately really address and streamline the major areas for improvement or emphasize the major areas that have worked really well for students here in the College of Medicine,’’ Javier says.