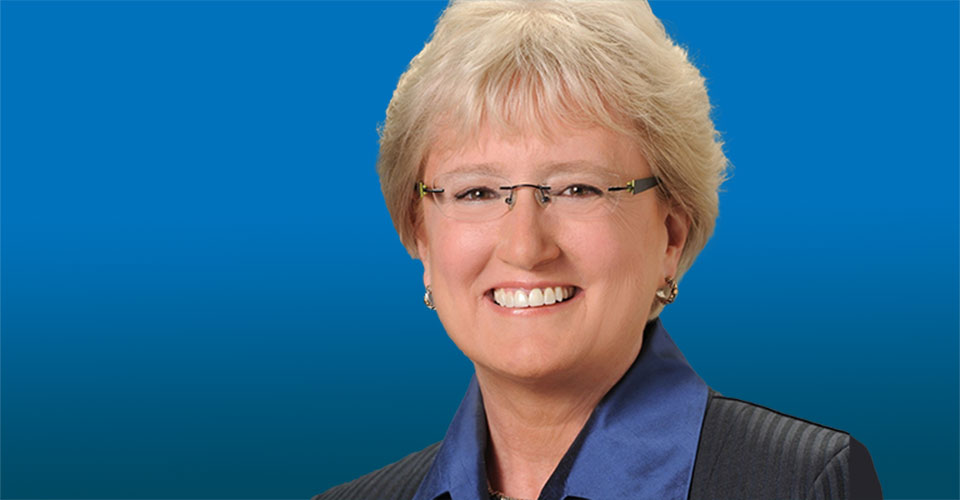 The Courage of a Leader: Nancy Schlichting on VITALS

When Nancy Schlichting was the president and CEO of Henry Ford Health System in Detroit, she likes to say, “My favorite word was yes.”

Charged not only with turning around the Health System’s finances but also opening a new Henry Ford hospital during a recession, she took what seemed like a huge risk when she hired an executive from the Ritz-Carlton hotel chain as the CEO of the new facility.

What was her strategy? Watch the video of her appearance on VITALS March 10.

In Schlichting’s March 10 presentation on the VITALS thought leader speaker series, the Akron native recalled starting her career in health care as a teenage volunteer at Akron City Hospital, inspired by the example that the hospital’s CEO set with his people skills. Coming of age in an industrial city (Akron) during a recession was a foundation for the financial challenges she faced later as a CEO, says Schlichting.

Named five times as one of the Top 25 Women in Healthcare by Modern Healthcare magazine, the Duke University graduate (now retired) spoke on VITALS about her leadership beliefs and how she put them into practice—for example, by finding ways to incentivize employees to live in Detroit and to empower them through an Innovation Institute.

The VITALS format allows the audience to ask questions after a presentation by the guest speaker. When moderator Betty Lin-Fisher of the Akron Beacon Journal asked Schlichting what leadership skills were most important when she was leading at Henry Ford, Schlichting answered without hesitation: “Courage.” She covers that territory in her book Unconventional Leadership, in which she writes about growing up as a gay female.

A few final pithy phrases from this transformational leader:

Do something for yourself every day.

Remember: We make our future.