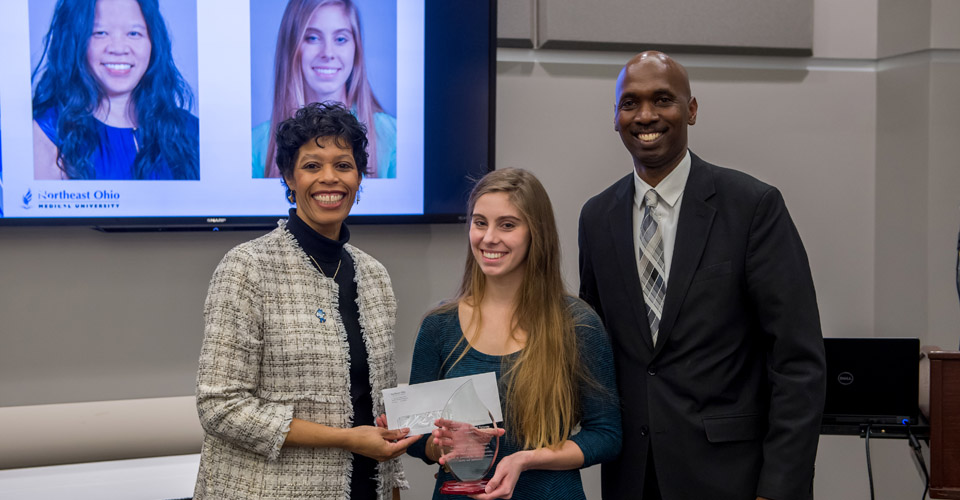 “Over the past several days, I have been giving a lot of thought to the irony of celebrating the life of Dr. Martin Luther King Jr. and the legacy he left to the Civil Rights and Human Rights movements while at the same time our nation’s dialogue has revolved around the language that was used to describe the ancestral homelands of many Americans. It has at times angered, disheartened, and disillusioned me. However, as we prepared for tonight’s event, I did not allow myself to feel those emotions for long.’’

The event was a time for Burton to reflect on institutional accomplishments of the past year, such as the I Am Diversity initiatives, as well as progress in the University’s global engagement program and University-wide diversity competency training—not to mention the launch of the Women in NEOMED Employee Resource Group.

Summing up the community-minded spirit of the evening, Dr. Aultman voiced a question made famous by Martin Luther King Jr.: “What are you doing for others?’’

In the case of these students, the list is long. 2017-2018 Community Builder (Award (for a medicine, pharmacy or graduate student)