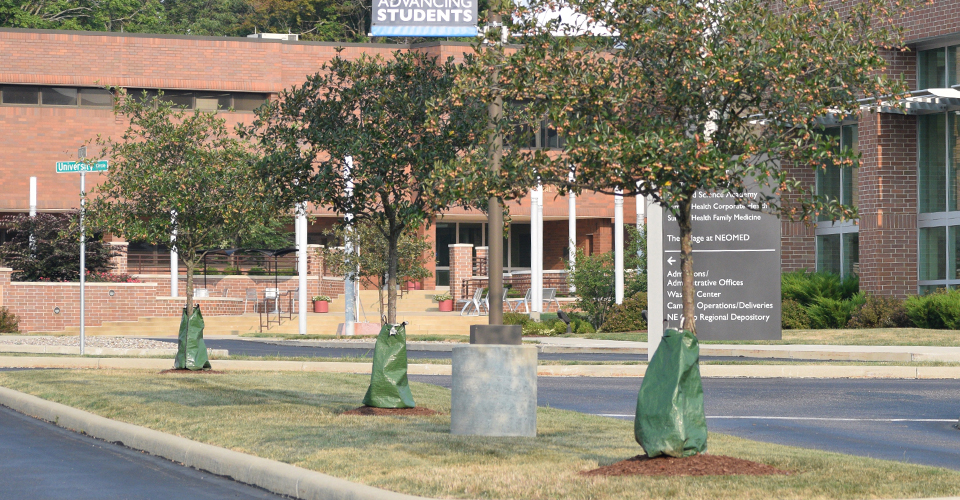 A Show on the Way Hiding in plain sight. That’s what a group of thornless cockspur hawthorn trees at the front of the NEOMED campus were doing until green plastic bags coming up to their knees appeared. Now, it’s hard not to notice them. They’re starting to produce fruit, and when it turns red, they’ll be eye-catching, the way nature intended.

Jerry Bergstrom, the supervisor of physical plant services at NEOMED, says the hawthorns were planted a few years ago, during construction of the NEW Center. The watering bags are used to hydrate the trees during extremely dry conditions. The bag is filled with water that is released slowly to keep its roots moist.