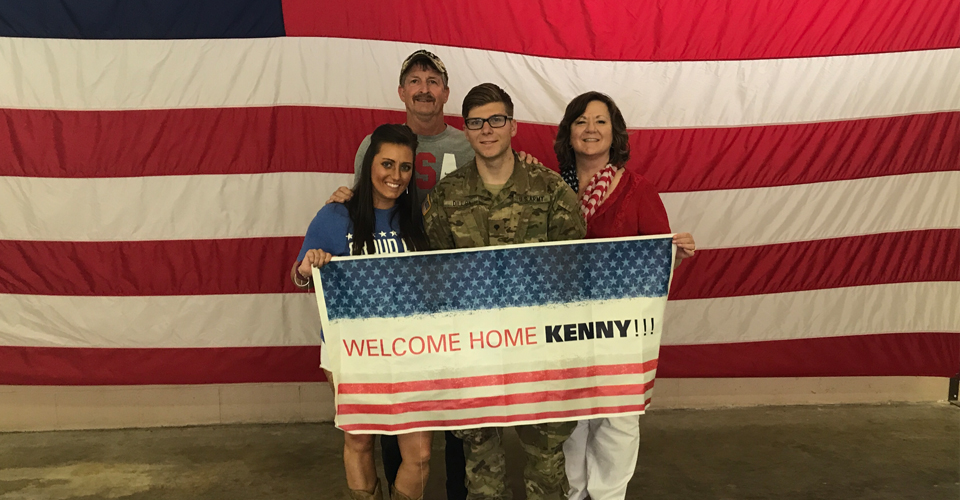 Soldier Kenny Dillon, the son of NEOMED staff member Diana Dillon, was featured in the Record-Courier upon his return to Northeast Ohio from service in Iraq. Dillon was an Army gunner in Operation Inherent Resolve, which combatted ISIS. Diana is the administrative coordinator for the Office of Public Relations and Marketing. Kenny’s sister Katelin is employed by NEOMED as a curriculum coordinator in the College of Pharmacy. His father, Doug (Diana’s husband) is standing behind Kenny in the photo.