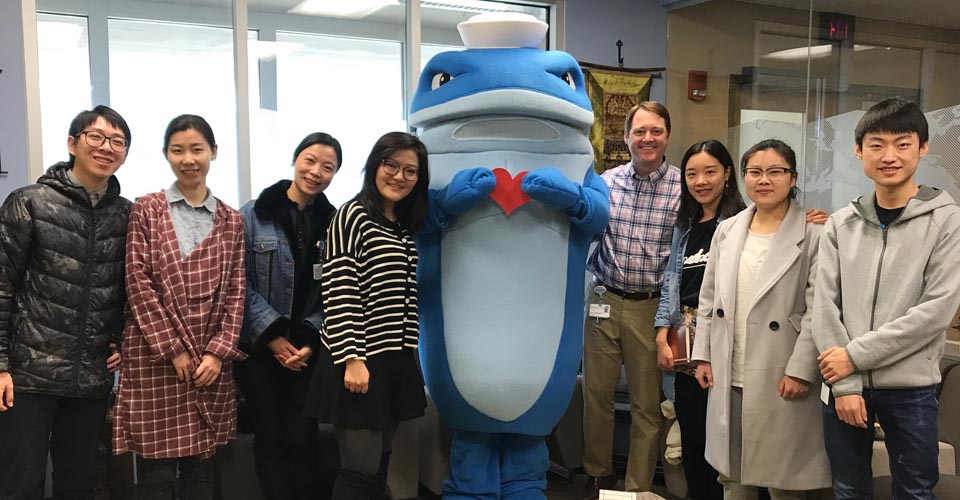 Nate the Walking Whale stopped by Tea on Tuesdays to spread a little (early) Valentine’s Day cheer to our Anhui Medical University Learners!

As part of an educational exchange between Anhui (pronounced On-Qway) Medical University and NEOMED’s College of Pharmacy, six students and a professor from China are spending the academic year at NEOMED.

The six are enrolled as non-credit earning students and will receive a certificate of attendance after following the coursework of first-year and second-year College of Pharmacy students, each for one semester. If you walk by the Inclusivity Center around lunchtime on Tuesdays, you’ll see them gathered for their weekly Tea on Tuesdays conversations. (In the photo above, they’re joined by Seth Brownlee, Pharm.D., associate professor of pharmacy practice.)

Xuefeng Xie (third from left in the photo above), an epidemiology professor at Anhui Medical University, is also spending an academic year at NEOMED. Among other things, she’s participating in the leadership track of the University’s 2018 Fellowship in Academic Medicine (FAME) professional development program.