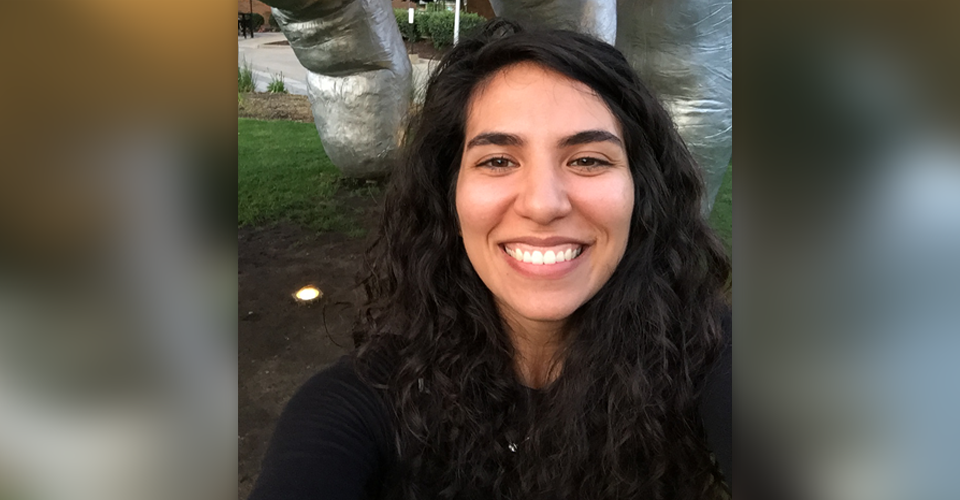 Congratulations to College of Medicine student Aviva Aguilar, one of 38 students from across the U.S. selected as a recipient of the United Health Foundation/National Medical Fellowships Diverse Medical Scholars Program.

The program’s stated mission is “to meet the need for culturally competent physician-leaders to better serve the community and ultimately improve health.” Recipients receive a cash award to support their completion of a 200-hour self-directed community health project with a community site of their choice. (The scholarship is renewable each year for those who qualify.)

The awards are made each year to second- to fourth-year medicine students who are considered underrepresented minorities in medicine. NMF designates the following racial/ethnic groups as underrepresented minorities: African American/Black, Hispanic/Latino, Native American (American Indian/Alaska Native/Native Hawaiian), Asian American (Vietnamese and Cambodian only) and Pacific Islander.

Aguilar is a student in NEOMED’s Urban Primary Care Pathway (UPCP) program – one of several Integrated Pathway Programs available to students at the University. She has been active in the NEOMED chapter of the national Latino Medical Student Association. In December 2019, Aguilar was co-named, with Anibelky Almanzar and Ritika Gudhe, as the 2019 winners of NEOMED’s Community Builder Awards.

Ali Gemma, director of scholarships and programs at NMF, said that due to safety precautions surrounding COVID-19, this year’s project activities will be virtual.  Aguilar will begin her DMS project this spring.