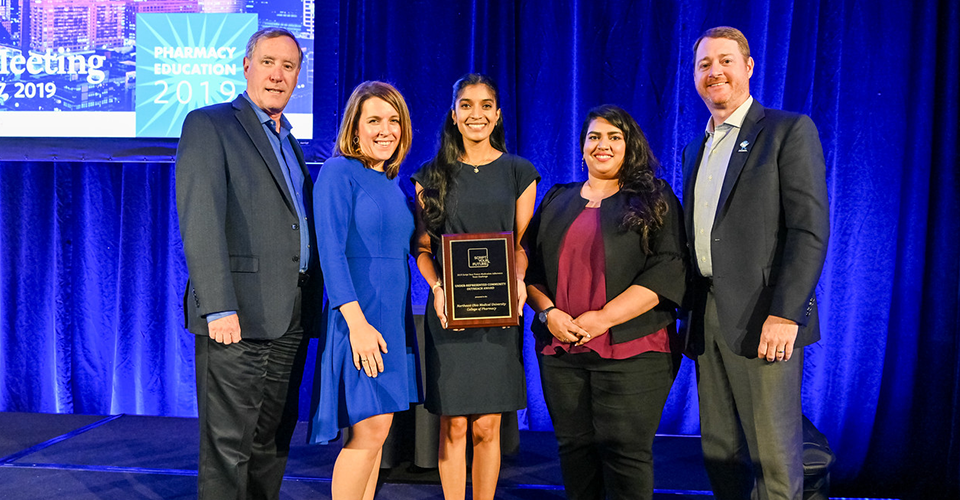 Members of the team were presented the award Sunday, July 14, during the 2019 AACP Annual Meeting in Chicago.

Together, the team focused its health disparities-driven outreach to underserved populations with respiratory illness by providing health screenings and disseminating educational materials on medication adherence at locations throughout Northeast Ohio during the two-month campaign.

To place an emphasis on smoking cessation-related outreach efforts to combat high smoking rates in their community, the group collaborated with Southwest General Hospital nursing staff and Thomas Stanek, Pharm.D. (’14), a pharmacist at University Hospitals to perform blood pressure screenings and teach proper inhaler usage in patients with respiratory illnesses such as asthma and COPD.

This marks the third time that the College of Pharmacy has received this honor, which also claimed the award in 2016 and 2017. As award winners, the students were awarded a certificate and a stipend to further advance their community outreach in medication adherence.