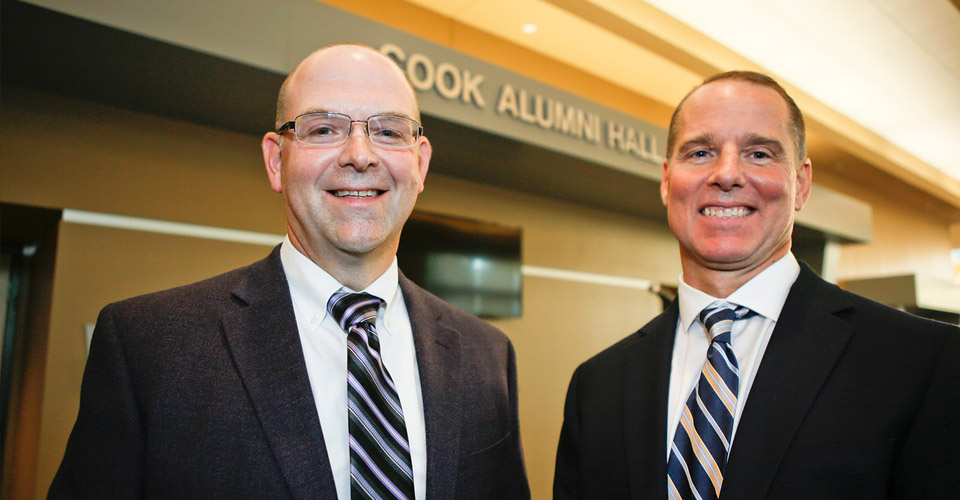 The Cook brothers’ father, Albert Sr., was one of the University’s first clinical faculty members when the institution opened in 1977. Dr. Albert Cook II, an interventional radiologist, recently completed two years as chair of the NEOMED Foundation. During his tenure, the University launched Shine On, NEOMED’s first university-wide comprehensive campaign, with a goal of raising $40 million to advance students, advance innovation and research, and advance community health. To date, more than $31 million has been contributed to support this campaign.

Among the six children of Dr. Albert Cook II, and his wife, MaryAnn, one son has graduated from NEOMED, another is currently in the University’s B.S./M.D. pathway program, and two daughters are students at Bio-Med Science Academy, the STEM+M high school located on campus.

Dr. Paul Cook is considered one of the foremost experts in orthopedic surgery, including complex reconstructive microsurgery. He is vice president of Hand and Microsurgery Associates Incorporated, where he also is the medical director for hand surgery.