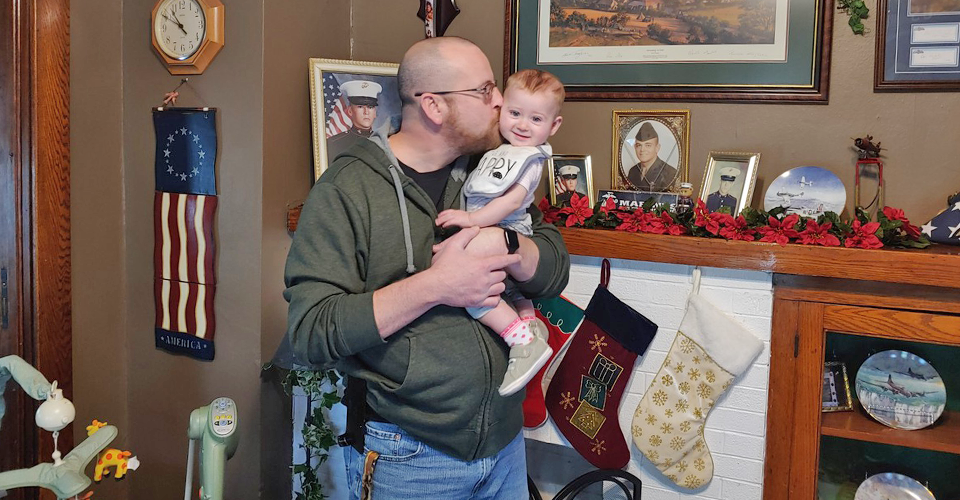 When Fredrick Hutson started out in the College of Medicine, one of the first things he did was to connect with three classmates for a study group.

“Getting through med school is a team sport,” says Hutson, 43, who learned a thing or two about teamwork while serving as an Infantry Marine. Serving as a peacekeeper as part of the First Battalion 8th Marines during a civil war in Zaire and Congo was just one of the experiences that formed this first-year student’s character.

The familiar saying Hutson quoted may ring truer than ever for students like him this year, who have a pandemic to add to their challenges.

A student in the Rural Medical Education Pathway program at NEOMED, Hutson has his eye on a career in family practice. He admires the self-sufficiency of people who live in rural communities — as he saw up close from family members living in tiny Paris, Ohio, and the side of a mountain in Wayne, West Virginia.

He also sees the benefit of mutual reliance, which can happen from the chair in his dining room-turned-office for a Zoom call or during in-person study sessions at NEOMED with the three other people in his group.

The group talks every day. Early on, when an anatomy exam didn’t go as well as planned, Hutson remembers, “I relied on my group members to talk me up, saying things like, ‘It’s only one exam.’”

Read more about Fred Hutson and the National Health Service Corps Scholarship he received this fall.