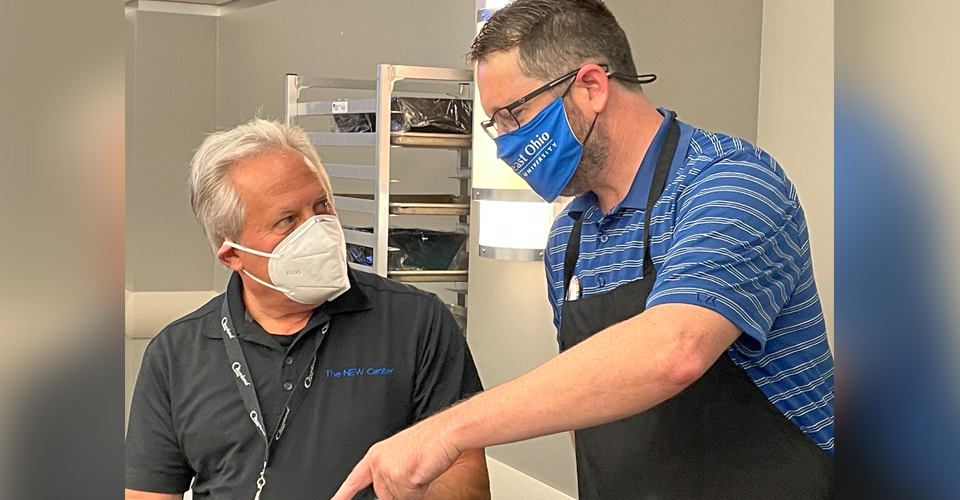 You don’t often see a line of people waiting as cheerfully as the folks queuing up in the doorway to Cook Alumni Hall for Craig’s Eggs.

Craig Eynon, NEOMED’s director of alumni relations and development operations, has made the breakfast buffet a tradition to thank supporters of NEOMED’s annual Blue Fund campaign, which runs from July 1 through June 30. Flanked by Signet staff – including NEOMED’s executive chef, Xavier Smith – on the cook line, Eynon said, “I’m thrilled to be able to hold an in-person event this year. It’s a small way for us to show how appreciative we are of the support we receive from NEOMED employees to the Blue Fund campaign.”