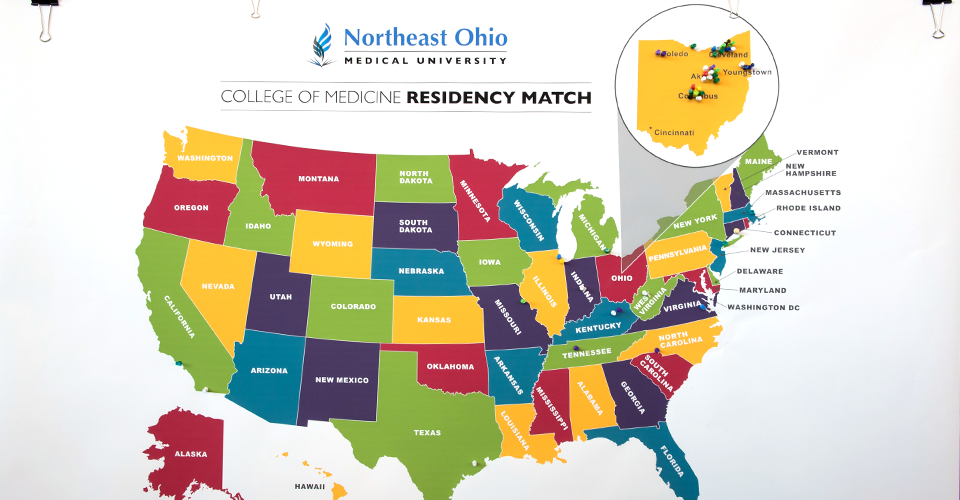 Each year, graduating College of Medicine students eagerly await the news of where they will do their residencies—the next step in their training as physicians. While most of the selections are announced nationally on a single date known as Match Day (this year, March 19), certain institutions (such as military) and specialties announce the news early.

It’s a process in which the student lists their choices in order and the institutions do the same.

Congratulations to all of the students on their matches!