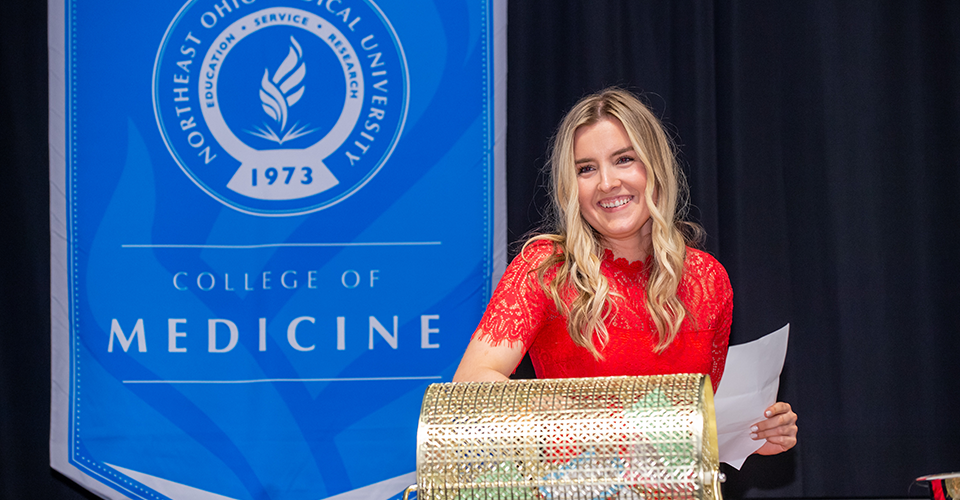 Around the country, Friday, March 20, is National Match Day – the occasion when fourth-year medicine students learn where they will do specialty training in their chosen field. Here at NEOMED, we’ll gather at 11:30 a.m. in the NEW Center Ballroom for the exciting reveal with students, family and friends, along with faculty and staff.

While most of the matches will be announced on March 20, there are exceptions. The specialty areas of urology and ophthalmology don’t participate in the National Residency Matching Program (NRMP). As Anita Pokorny, M.Ed., assistant dean of student affairs explains, their matches are run independently, with results available in January.

The military match is also a separate application and matching process because the military residency positions are open only to those in the Health Professions Scholarship Program, and further distinguished by military branch.

There is also an option for students to request a civilian deferment, which then allows them to participate in the NRMP match. Pokorny notes that one military student (not named here) received the deferment, which means that she will complete a civilian residency before she begins her military service.

Congratulations to the following students!