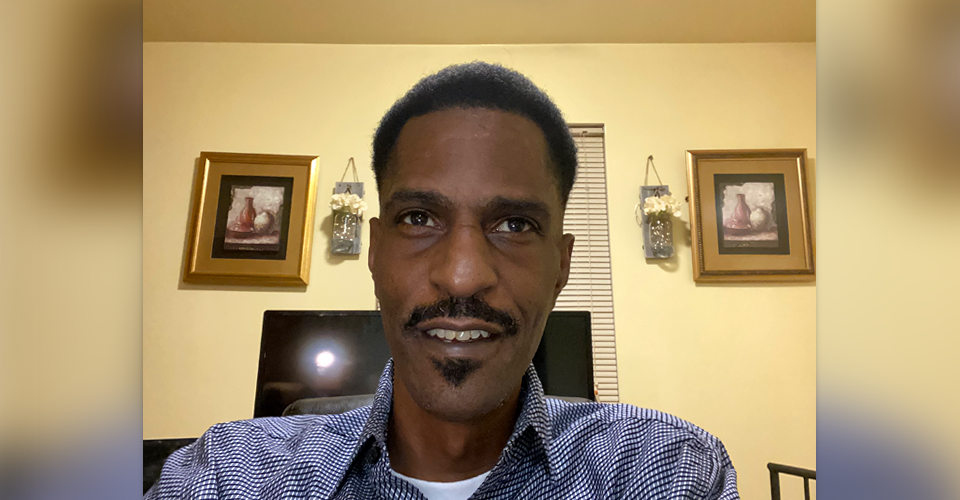 Get to Know James Moore

James Moore first arrived on the NEOMED campus in September 2018 as a contractor to help provide audio-visual, media and technology support for the Office of Academic Technology Services. However, it didn’t take long before Moore became a regular part of the campus community.

In early December, Moore accepted a full-time position as the educational application administrator at NEOMED. His main role is to provide training and support for the educational applications that students, faculty and staff use each day – for example, Zoom, Ditto, Screencast-O-Matic and Mediasite. He also provides audio-visual support for the rooms in the South Corridor.

A lifelong Northeast Ohioan, Moore grew up in Akron and studied computer programming at the University of Akron before transferring to complete a bachelor’s degree at Kent State University. Moore also spent four years in the Army Reserves.

For Moore, the right fit at NEOMED has to do with much more than proximity.

“I find all the work being done at NEOMED fascinating, whether it’s coming from students, researchers or others.  And I get to work with people from all walks of life here, which is an opportunity that doesn’t often present itself,” Moore says.

Always interested in staying active, Moore says he was especially motivated this year, since he wants to look good in the tux for his wedding to fiancé Phaedrea in December. He enjoys playing basketball as well as jogging and hiking in Akron’s Sand Run Metro Park. You can often find Moore with his two dogs – Pebbles, a miniature pinscher (a breed known as ‘’min-pins’’) and Blutus, his blue pit bull.

An avid sports fan, Moore follows Ohio State, the Cleveland Browns and the Los Angeles Lakers (the last because of fellow Akronite LeBron James). Moore enjoyed watching the Lakers win the NBA Finals in October, then shifted his focus to the Browns, who made the playoffs for the first time since 2002 – and  finally to the Buckeyes, who recently played for a national championship against Alabama.

When asked about his favorite part of being with the NEOMED community, Moore has a quick response.

“I feel very welcome here,” says Moore, who credits President Langell for his work to increase and promote diversity. “It makes me feel comfortable to be able to voice my opinion, and be genuinely heard.”