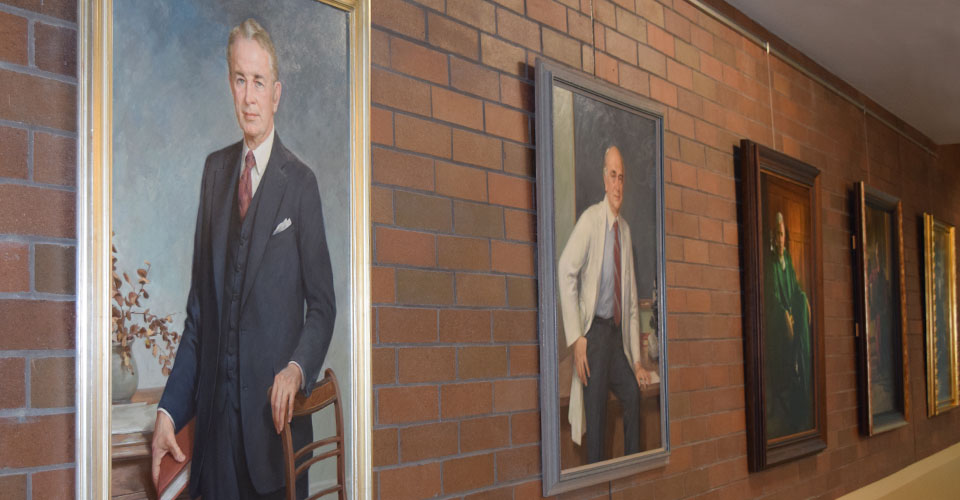 Get to Know: Meshel Hall

Who was the person behind Meshel (pronounced Meh SHELL) Hall, the lecture hall located directly below the wall lined with portraits former University presidents?

It was Harry Meshel, an Ohio senator who was a force behind the founding of NEOMED. Senator Meshel was one of the three original sponsors of Senate Bill 72, which created the institution now known as NEOMED. In 1970, Meshel, along with senators Oliver Ocasek and Robert Stockdale, made a presentation to the Ohio Board of Regents to propose “the creation of a consortium for medical education in northeastern Ohio.’’

His advocacy didn’t stop there: Senator Meshel was instrumental in securing capital appropriations and operational funding for the University as it grew in the 1980s.

The late senator, who died this year at age 93, grew up in Youngstown during the Great Depression. He served in the Navy during World War II and earned degrees from Youngstown College (currently Youngstown State University) and Columbia University.