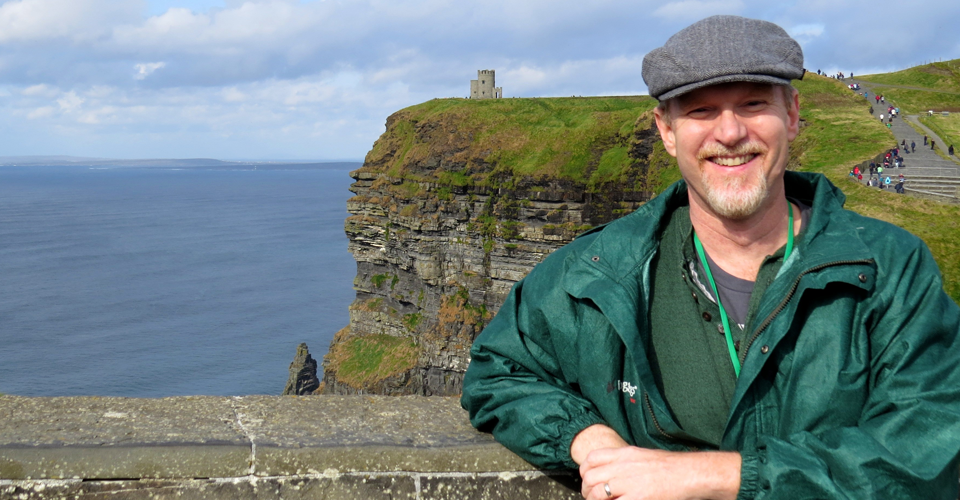 Get to Know: Randon Welton

Randon (Randy) Welton, M.D., has been in motion for most of his life.

The new Margaret Clark Morgan Endowed Chair of Psychiatry spent much of his early life moving from place to place with his family to follow his father’s Air Force career. Dr. Welton’s steady change of scenery included stops in Maine, San Antonio, Maryland, Ohio (twice), Alabama, the Philippines and Western Pennsylvania, which Dr. Welton said felt the most like home.

Dr. Welton would eventually follow in his father’s footsteps by enlisting in the Air Force. It became his home for the next 24 years.

“There is a sense of mission within the Air Force that you are part of something much bigger than yourself,” said Dr. Welton. “That drew me in and helped me connect with members of all of the armed services.

“There are many opportunities available in the Air Force that just don’t exist in civilian life, especially for a younger person just starting out on their career path. For me, it was a great place to begin practicing psychiatry, because there were so many bright and enthusiastic people.”

Throughout all the travel, Dr. Welton had his wife, Michelle, by his side. The couple began dating in high school and have now been married for 34 years. They recently purchased a home in Garrettsville, where they live with their two dogs, Luke and Juliet.

“We live on two acres that back into the woods and a farm, so it’s been a new experience hearing coyotes at night and seeing other wildlife we didn’t really see up close before,” said Dr. Welton.

While they have not been able to get out much because of the pandemic, the two are excited to explore Northeast Ohio when it’s safer to do so. They especially look forward to checking out the live music scene and seeking out venues for folk music – especially Irish folk music and traditional music from the 1800s. They also plan to go out kayaking on the Cuyahoga River this summer.

Dr. Welton is excited about the direction of NEOMED and the impact he believes each person can have.

As a member of the University’s Mental Health Committee, he connects with student representatives and colleagues campus-wide. “This University is a tight-knit community. I’ve already been able to work closely with President Langell as we aim to bring the Department of Psychiatry to new heights,” he said.  Having spent the last 20 years educating medical students and psychiatry residents, he is looking forward to bringing his experience and passion for teaching to the NEOMED community and the local psychiatry residency training programs.

A top priority for Dr. Welton is to continue expanding NEOMED’s Coordinated Centers of Excellence, which comprises the Best Practices in Schizophrenia Treatment (BeST) Center, the Ohio Program for Campus Safety and Mental Health, and the Criminal Justice Coordinating Center of Excellence.

“There are many appealing possibilities for the Centers, especially taking advantage of crossover opportunities and to further measure the impact they have with the public,” says Dr. Welton. Those projects will keep him on the move—right here at his new home.