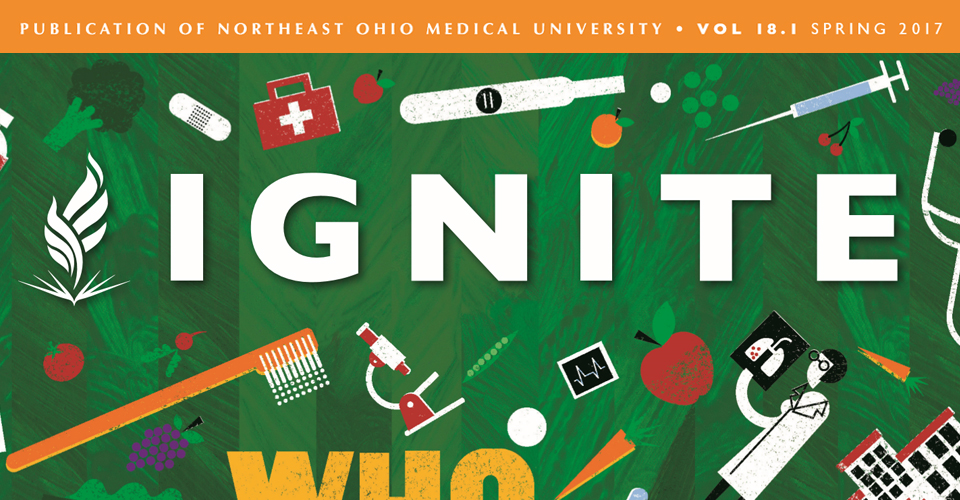 Commenting on the article that won First Place for Best Minority Issues Reporting in its category (print publications with circulations fewer than 75,000), the judges called it a “Well-told look at a crisis for many families—and a real public health concern.’’ The story by Elaine Guregian, titled “The Infant Mortality Crisis: A Tale of Two States,’’ showcased the experiences of College of Medicine students Chandni Goel (M3) and Sarah Hill (’18), who were mentored by Julie Aultman, Ph.D., professor of family and community medicine.

Winners and categories were as follows:

Ignite is published twice a year by the NEOMED Office of Public Relations and Marketing. Its editor is Elaine Guregian.

The SPJ’s mission is defense of the First Amendment, support of literacy, resistance to censorship, advocacy for openness of public records and meetings, media self-criticism and community service.