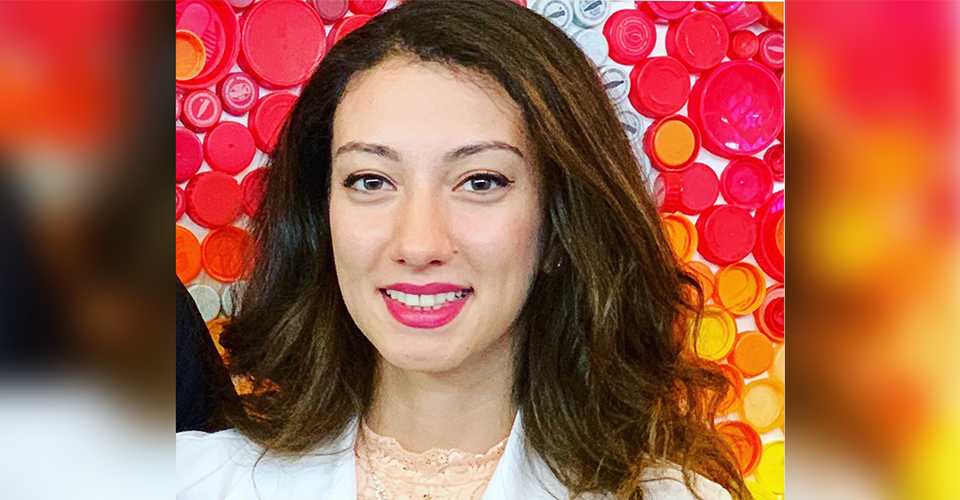 Negin Orfanian Azimzadeh Khosravi, a second-year student in the College of Medicine, contributed this reflection.

My COVID-19 experience began in the Netherlands and Ireland. I was on spring break from my first year in the College of Medicine, and I had an amazing time during the first few days. But toward the end of my trip, the rates of new cases and deaths began to increase and the media started calling it a pandemic. I suddenly found myself feeling stressed and lost in a place I did not know. All I wanted to do was go back home.

Things got worse when I received news that the borders could close. I felt very anxious and had no idea if I would be able to come back to the United States. I thought about school and how I could potentially fail if I missed my mandatory classes. After a missed flight, a bad cold and troubles with my dog back home, I was finally able to come back. I only went to school for a few days before shelter in place orders came and all of a sudden, the world was shut down. The streets were empty, restaurants were closed, people were stuck in foreign countries, patients were battling for their lives and fear had taken over the world.

Adjusting to the new quarantine lifestyle was difficult, especially as a medical student in a high-stress environment. I couldn’t play games all day long or watch shows to keep my mind off of what was going on outside. I was stuck in one room. It was hard to focus on studying or look forward to the next day. I felt depressed and my anxiety was worse than it had ever been. For some people, quarantine may be normal or they may enjoy being isolated, but for me that was not the case. I am an extrovert and I did not realize how much I depended on social interaction. I realized how much being around other people made me happy. I no longer had a routine, and I started losing sleep. But over time, the quarantine actually taught me a few lessons.

The first lesson I learned was mindfulness. I was able to spend more quality time with my family and especially my dog. I realized that I had been away from home for too long because of school and I had forgotten to take the time to bond with my dog. In addition, I reached out to old friends of mine and family whom I never made the time to talk to before. I tried to be there for them because I knew everyone was going through a hard time.

The second lesson I learned was patience. At the beginning of quarantine, I would easily get annoyed with those around me or with studying, but I had to make some adjustments. One thing that really helped was using video chat to study with my classmates, or rewarding myself after studying by going on walks or to get food and coffee. I also stopped and thought about how I could help people who were dealing with the virus or other issues, such as losing jobs. I tried to cook for one of my neighbors who had lost her job. I let her relieve her stress even if it was just by talking with me.

The last and final lesson I learned was positivity. I noticed that I was fixated on the negative things around me. But as time passed by, there were little things that actually made me happy, such as discovering new recipes to cook, learning new songs to play on the piano, helping others through volunteer projects, appreciating nature more and writing.

No matter how hard things get, we can get through them if we stay strong. It can get discouraging and lonely but we must help each other out and educate people if we are going to overcome the pandemic.