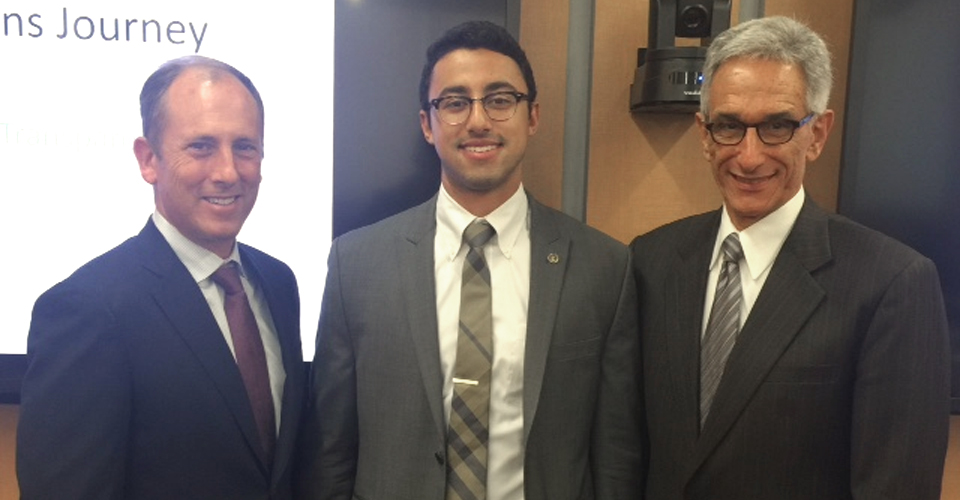 NEOMED Board of Trustees Names Three

The NEOMED Board of Trustees welcomed one new appointed member and re-elected two executive committee officers during its meeting Sept. 22.

James M. Guirguis, a second-year College of Medicine student, was sworn in as a student representative to the Board. He holds a B.S. from Cleveland State University and has extensive experience working with University administrators as well as members of the U.S. Senate and Congress.

The Board also re-elected J. David Heller, CPA, and Robert J. Klonk, as its chair and vice chair, respectively, for additional one-year terms. Heller is co-founder and principal of the NRP Group, a property developer, general contractor and property management company. Klonk is the CEO of The Oswald Companies—an insurance brokerage firm based in Cleveland.