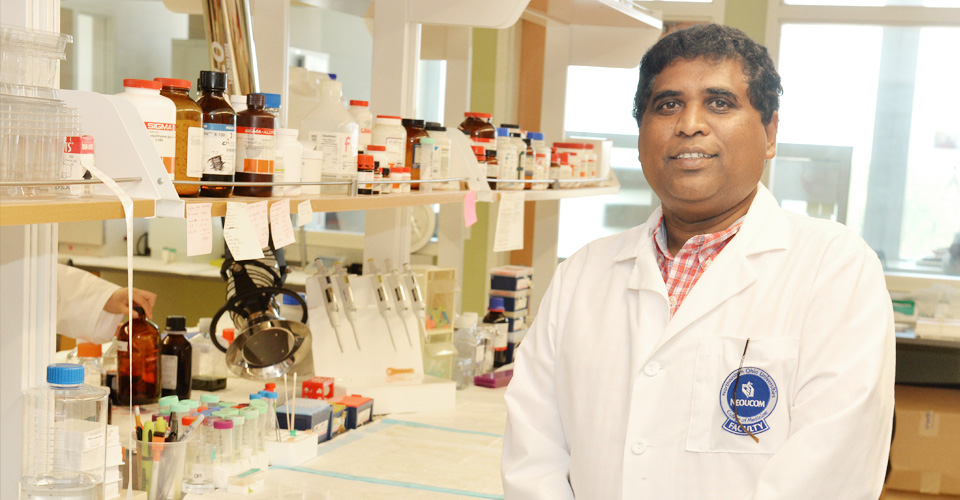 Congratulations to Charles Thodeti, Ph.D., who has been named a Fellow of the American Physiology Society, Cardiovascular Section (FAPS-FCVS). FAPS status recognizes Dr. Thodeti’s many significant scientific and professional accomplishments as well as his outstanding leadership in the field and service to the American Physiology Society. Dr. Thodeti was honored at the Experimental Biology Conference in San Diego in early April.

Dr. Thodeti was also recently named as NEOMED’s 2015 Junior Faculty Award recipient for his nationally and internationally recognized excellence and productivity in research.  He currently is funded by the National Heart, Lung, and Blood Institute of the National Institutes of Health for his project titled “Mechanotransduction in myocardial adaptation to ischemia.’’