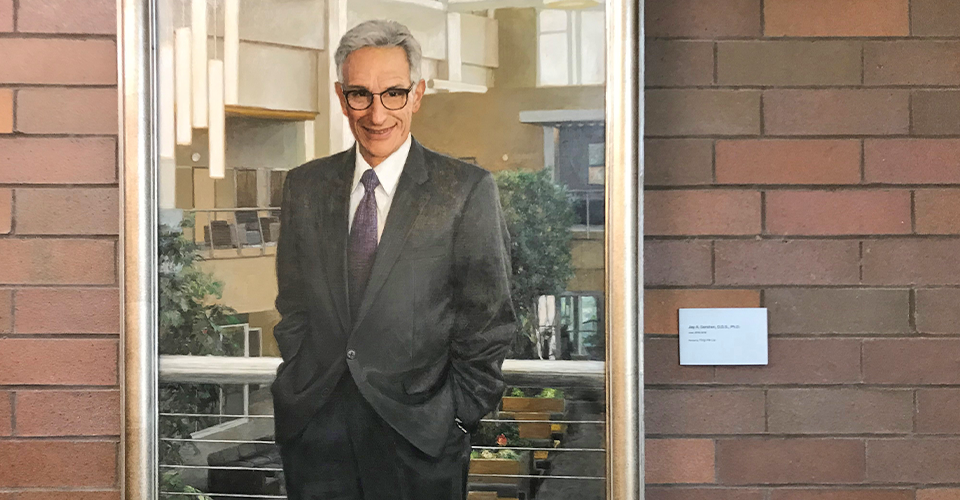 When Jay Gershen arrived from the University of Colorado at Denver to take over as the sixth president of NEOMED (then NEOUCOM), it was one college mainly operating out of a single building. After a decade of his leadership, his impact as a leader was impossible to miss.

The most seismic shift of his tenure was transforming NEOMED from a college that served three partner universities (Kent State University, The University of Akron and Youngstown State University) to a University with three colleges of its own.

However, that was just the start of the massive changes that helped NEOMED become what it is today. Dr. Gershen’s tenure also saw an increase in enrollment, endowment, research areas of focus and campus size. In fact, NEOMED’s campus grew to twice its size from when Dr. Gershen first arrived in Rootstown. This is due to the addition of the 270,000 square-foot Village (NEOMED’s first on-campus student housing) the 80,000 square-foot RGE Building and the 177,000 square-foot NEOMED Education and Wellness (NEW) Center which opened in 2014, a year after the other two. Before his retirement, Dr. Gershen also helped break ground on the 87,000 square-foot medical office building, an addition to the NEW Center that is near completion.

Among Dr. Gershen’s signature initiatives was the creation of Education for Service, a program that aimed to diversify the health care workforce in Northeast Ohio while also reducing student indebtedness and providing greater access to health care in the commonly underserved urban and rural areas.

When Dr. Gershen decided he would retire at the end of September 2019, he was the longest-serving University president in the State of Ohio at the time, leaving NEOMED nearly 10 years to the day of his arrival. However, it would lead to an interesting final year before leaving Ohio. After learning that two of his daughters planned to move back to the Denver area, Dr. Gershen decided that was the natural place for him to move upon retiring. Dr.Gershen and his wife, Carole Cannon, put their Hudson home on the market, and much to their surprise, the house was sold on the first day. While the quick sale was appreciated, it also left them without a place to live for nearly a year before his retirement date.

This turn of events would bring Dr. Gershen even closer to the NEOMED community, as the couple decided to move into The Village and live among students for the final few months of his presidency. The experience gave Dr. Gershen an even more intimate view of the students lives.

Hundreds of guests packed the NEW Center for a reception to honor Dr. Gershen’s decade of service and many accomplishments on his final day as NEOMED president. There were many surprises in-store for Dr. Gershen, but the naming of the atrium in his honor was the greatest of them all.

When members of the public come to campus, they often enter through the NEW Center’s main entrance and arrive in the multi-use facility’s open space, which is now called the Jay A. Gershen Atrium. A fitting honor for a person who did so much to build NEOMED and make it a part of the community.